Overnight threats by President Donald Trump against Iran amount to “psychological warfare,” and Tehran will continue to resist its enemies, a senior commander of Iran’s elite Revolutionary Guards was quoted as saying on Monday. 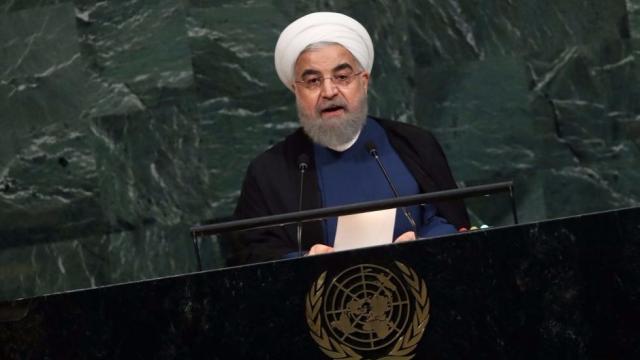 “We will never abandon our revolutionary beliefs … we will resist pressure from enemies… America wants nothing less than (to) destroy Iran … (but) Trump cannot do a damn thing against Iran,” Iranian Students News Agency ISNA reported Gholamhossein Gheybparvar as saying.

Iranian President Hassan Rouhani said on Sunday that Trump’s hostile policies toward Tehran could lead to “the mother of all wars,” according to a report by state new agency IRNA.