Malta: Teachers schooling migrants to help them integrate not given the right training

No adequate structure in place 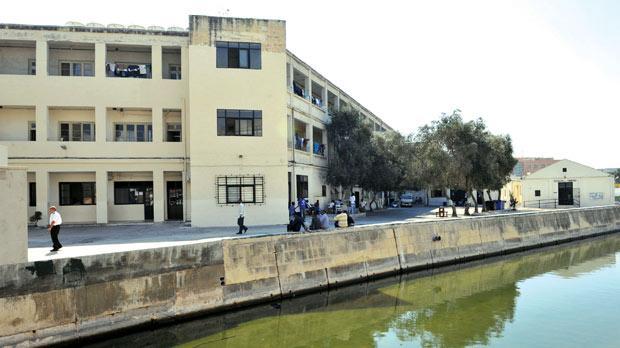 Migrants arriving in Malta risk their lives crossing the Mediterranean in rickety boats, often after spending months or even years in squalid Libyan detention centres.

They arrive on the island traumatised and disoriented, with little to no understanding of what Malta and Maltese culture are.

“So, as you can imagine, integrating these people in society is a tall order,” said Eileen Ariza, a US Fulbright Scholar and professor in the Florida Atlantic University Department of Education.

She has spent six months in the makeshift classrooms of the Marsa Open Centre, observing teachers and migrant students in Engish and Maltese foundation courses.

Although the courses are meant to promote integration and help migrants become part of Maltese society, what Dr Ariza found was that teachers had not been given the right training to deal with the specific problems migrants present in class. “Without the right training and skills, teachers just can’t be expected to overcome certain hurdles that these sorts of students normally bring.

This is no fault of the teachers, who I found were caring and dedicated to their job, but there doesn’t appear to be an adequate structure in place,” she said.

Read: The importance of education for migrants

Migrants arriving in Malta are taught languages in which they generally have no foundation.

The language courses were introduced some five years ago in a bid to help refugees and beneficiaries of humanitarian protection find gainful employment, in contrast to the illegal roadside work that migrants often do.

Language barriers have been described as “the main obstacle at all stages of the process” by staff at two employment support offices at migrant open centres that serve as go-betweens for prospective emp-loyees and employers.

Irrespective of your position on migrants living in your country, they are the country’s future

The traumatic experience of making the clandestine journey, sometimes from as far as sub-Saharan Africa, also brings with it a set of challenges that manifest in the classroom, Prof. Ariza said.

“You are dealing with students who often have at best only had an interrupted education; many will have had no formal education. They are also often traumatised. Teaching these students is no walk in the park,” she said.

A lifelong educator, Prof. Ariza has been studying the educational process migrants undertake when entering a new country for around four decades.

She said she started with what were known as “the Vietnamese boat people”, who entered the US in the mid-1980s, and continued with other migrants coming from Mexico and South America.

She told The Sunday Times of Malta she had meet Education Minister Evarist Bartolo to hammer out an action plan for the training of teachers working with migrants.

According to the United Nations High Commissioner for Refugees, education – particularly in the language of a host country – is a central pillar of integration.

In  April the government floated the idea of a one-stop shop for migrants, who often faced difficulties enrolling at educational institutions, either because of administrative delays or a lack of recog- nition of previous learning.

But according to Prof. Ariza, those migrants who apply to participate in educational programmes are the least concern.

It is the “invisible migrants” – those who stay away from education, are intimidated by it or feel they do not belong in it – who need to be reached the most.

The integration problem is not limited to migrant hotspots: Prof. Ariza says that it has also presented itself in local schools.

Asccording to Education Ministry statistics, in some school districts, between 50 and 70 per cent of students are immigrant children from European or other countries, with some schools hosting as many as 38 different nationalities.

And, as the number of foreign nationals calling Malta home continues to rise, Prof. Ariza warns that if the government does not plan for the future, the lack of integration will become a major issue.

“These children are the citizens of tomorrow. A country needs to invest in them. Irrespective of what your position is on migrants living in your country, they are the country’s future,” she said.