CBC.CA Huma Mir is just one of thousands of Muslims from all over the world who are coming to Canada’s largest and longest-running Islamic convention. 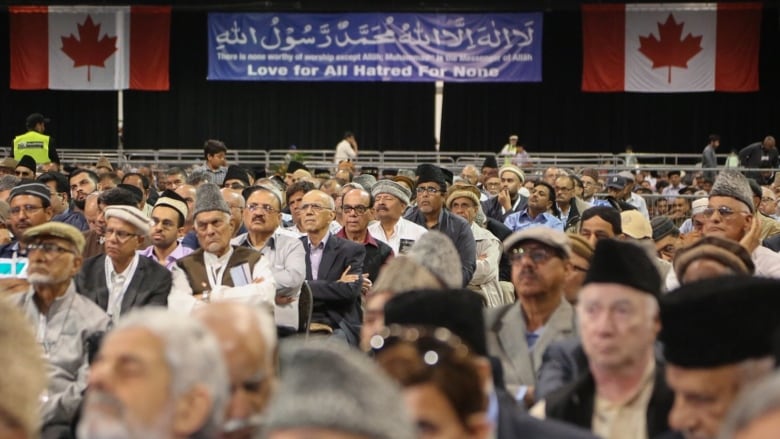 Mir came all the way from the U.K. to visit her cousins. She says she’s seen the convention on television and is curious to see it for herself.

“I thought, ‘Why not come here and witness this historical moment?'” she told CBC Toronto.

The Jalsa Salana convention, which will open Friday and wrap up Sunday at the International Centre in Mississauga, has been held in the Toronto area for 42 years.

It grew from having 1,000 attendees in 1976 to over 20,000 last year, according to Khan Malik, national president of the Ahmadiyya Muslim Jama’at of Canada.

The Jalsa Salana was first created in 1891 and was held in Qadian, India — founded by the Ahmadiyya Muslim community. Only 75 people attended the first event and now, over a century later, its conventions are held in Germany, the U.K., the U.S. and Australia, as well as Canada, with tens of thousands of attendees.

It includes speeches, lectures and opportunities for members of the Islamic community to discuss contemporary issues and Canada holds one of the largest conventions.

People are opening up their homes to accommodate guests

Members of the Vaughan Muslim community are opening up their homes to visitors, guests and family members.

Blawal Aleem, who handles media relations for the event, says he’s expecting 11 people, which includes four members of his own family. He says in past years, he’s let people he’s never met stay at his house.

“By the end of the week, they’re pretty much family,” he said.

For those who can’t find a place to stay, the Baitul Islam Mosque in Vaughan plans to open up guest houses. 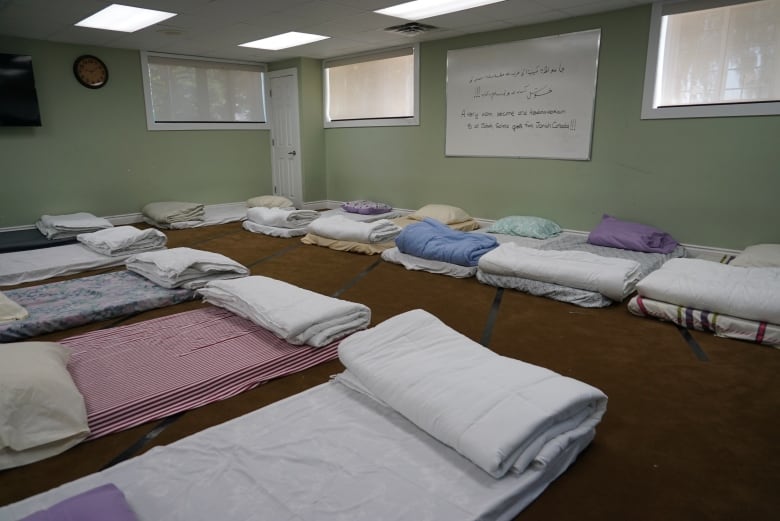 With over 20,000 people expected to come, the Baitul Islam Mosque is opening up housing for guests who need it. (Grant Linton/CBC)

Imtiaz Ahmed, the imam of the Baitul Mosque, says hospitality is a big part of the Muslim religion.

‘This is all for the love’

Cooks have already begun preparing food for over 20,000 guests.

For that many people, each meal — which takes three to four hours to cook — requires 2,200 kilograms of meat, 907 kilograms of potatoes, 6,800 kilograms of rice and approximately two truckloads of pita bread, according to cook Dawood Ajamal. 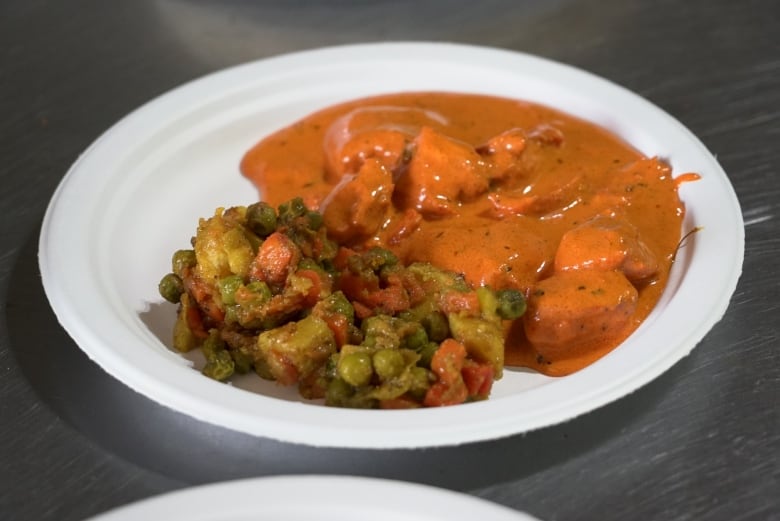 The food served at the event will be predominantly Pakistani. (Grant Linton/CBC)

There will be 200 cooks on staff, and on July 6 they’ll start at around 3 a.m. Once the meal is prepared, it will be transported from the Baitul Mosque in Vaughan to the International Centre in Mississauga.

No one is paid — all of it is volunteer work.

“This is all for the love,” said Ajamal. “To serve our guests.” 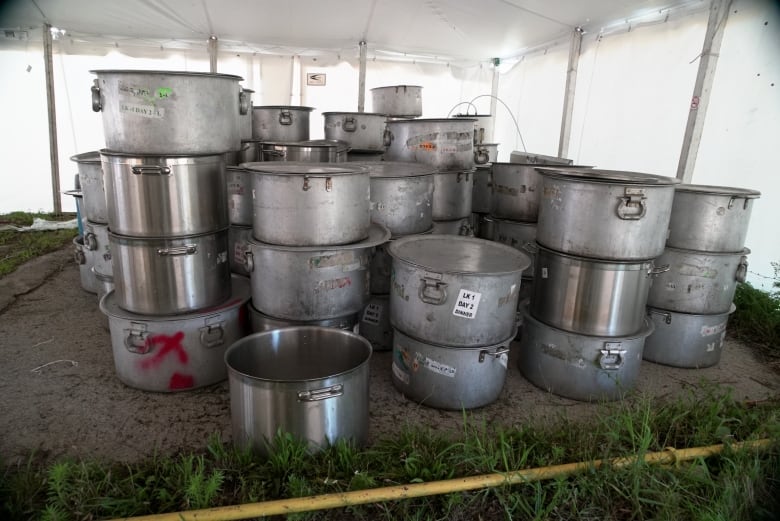 During the convention, the kitchen will run for 24 hours.

Fareha Hamid, comes every year from Virginia to Toronto. She says in comparison to the U.S., the convention in Canada is bigger and more exciting. She says she loves seeing her family every time she comes.

“Not only is it a religious, spiritual event — it’s also a social experience,” she said.

With files from Grant Linton