Rome (CNN) The Vatican says it is open to discussing the ordination of married men and an official role for women, to address a shortage of priests in the Amazon region. 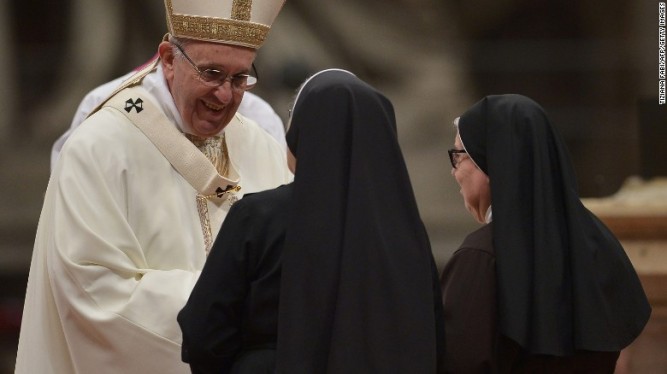 A document prepared for a meeting at the Vatican on the issue, due to be held in October 2019, suggests examining what “type of official ministry can be conferred on women.”
The meeting is also expected to discuss a previously-mooted suggestion that older married men could serve as priests in the region
Pope Francis called the meeting to address a severe shortage of priests in the Amazon basin, which covers more than three million square miles.
The preparatory document, published on Friday, says the resources of the church have been spread too thinly in the region. “One of the main points to be heard is the cry of thousands of communities deprived of the Sunday Eucharist for long periods of time,” the document says.
Read more