His death was announced by the Vatican, which quoted Pope Francis as calling him a “well-deserving servant of the Gospel.” 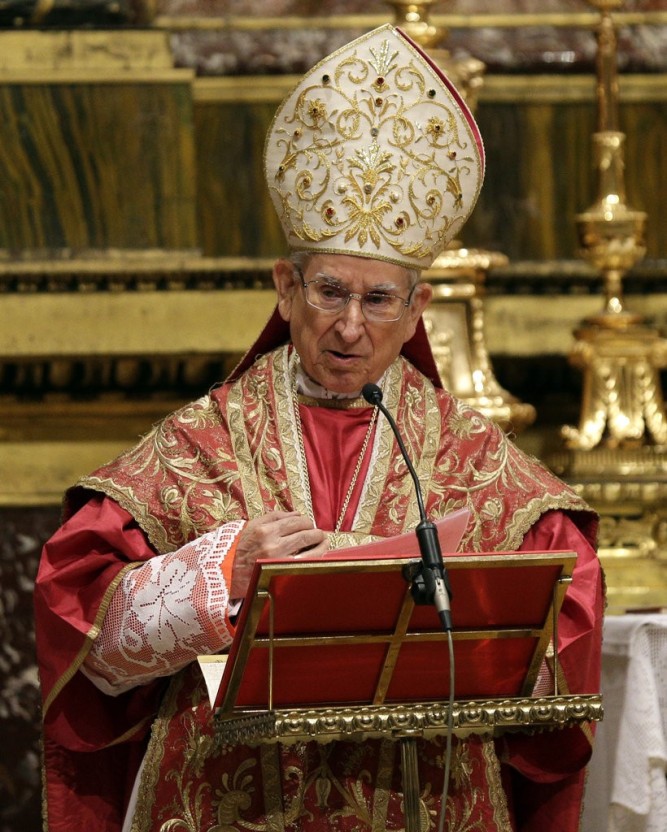 In 1999, shortly after he was proclaimed a cardinal by Pope John Paul II, Cardinal Castrillón was elegized in a Colombian magazine by Gabriel García Márquez, the Nobel Prize-winning novelist and a fellow countryman, as a “rustic man with the profile of an eagle” and “an unpredictable cross between popular Latin American culture and Renaissance reserve.”

Cardinal Castrillón, who spoke eight languages and had a doctorate in canon law, was nothing short of controversial — particularly while he served in Rome as prefect for the Congregation for the Clergy, from 1996 to 2006, and as president of the Pontifical Commission “Ecclesia Dei” from 2000 to 2009.