Pyongyang’s state news agency, KCNA, quoted from Pyongyang’s first vice minister of foreign affairs Kim Kye Gwan who insisted bilateral relations between the US and North Korea “would be clear” if Donald Trump speaks of a Libya-style denuclearisation.

KCNA’s statement added the Republican firebrand would be a “failed President” if he acted in the same way as those that came before him.

Kim Jong-un has put peace between Pyongyang and the rest of the world in doubt after he blasted upcoming military drills between the US and South Korea.

Despite the protest from the despot leader, both nations have committed to going through with the planned exercises. 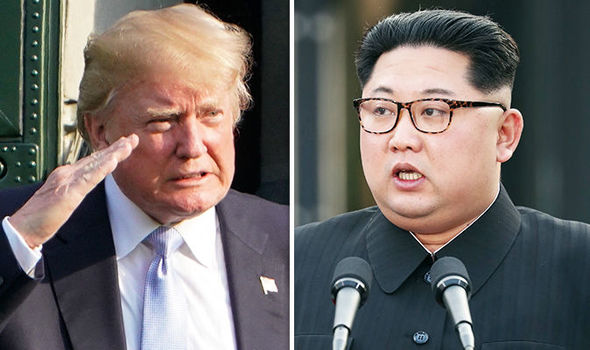 State Department spokeswoman Heather Nauert declared: “We will continue to plan the meeting.

“The United States will look at what North Korea has said independently, and continue to coordinate closely with our allies.”

KCNA blasted the exercise for “targeting” Pyongyang as it reiterated the upcoming meeting between Donald Trump and Kim Jong-un could be cancelled.

It said: “The United States will also have to undertake careful deliberations about the fate of the planned North Korea-US summit in light of this provocative military ruckus jointly conducted with the South Korean authorities.”

Yesterday the hermit kingdom announced it was pulling out of high-level talks with South Korea that were meant to start today because of the military operations.

The “Max Thunder” drills are a two-week exercise that began on Friday.

An estimated 100 warplanes will take part in the exercise.

Kim Jong-un is scheduled to meet with Donald Trump in Singapore on June 12.

If the talks between the two leaders go ahead, the billionaire will be the first sitting US president to meet face-to-face with his North Korean counterpart.

North Korean defector Thae Yong-ho recently insisted Kim Jong-un will not give up his nuclear weapons.

He stated: “In the end, North Korea will remain a nuclear power packaged as a non-nuclear state.” 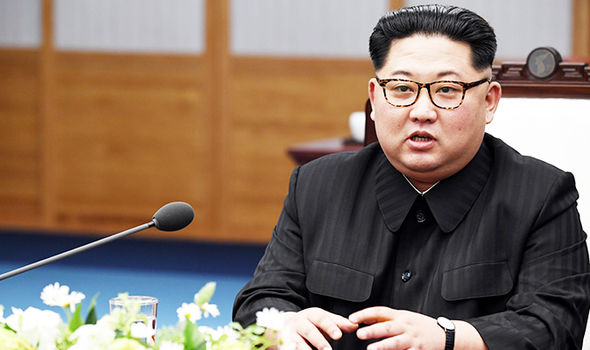 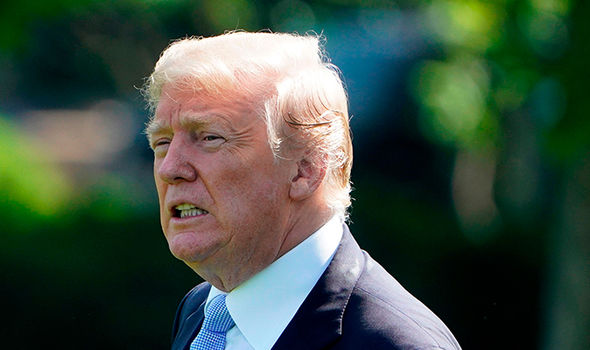 “The regime may reduce the scale of the nuclear arsenal that it possesses, but its end goal is to be a nuclear state that appears to have denuclearised”.

The top defector pointed out that Kim had recently declared that his nuclear capability is a “strong sword and a firm means to guarantee the regime’s security”.

Mr Thae added: “Why would he declare the definition of the regime’s nuclear weapons in such a way if he was planning to give them up?”