Islamic Scholars To Meet In July On Afghan War

HPC says Islamic scholars will come together in Jeddah in July and will announce a joint statement on the ongoing war in Afghanistan. 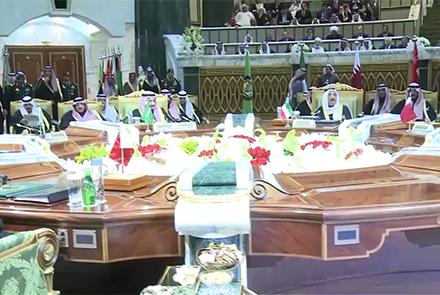 Saudi Arabia and the Organization of Islamic Cooperation (OIC) will hold a meeting of Islamic scholars in Jeddah in July to discuss the Afghan war, the High Peace Council (HPC) said Friday.

The council said the scholars will express their views on ‘illegality of Afghanistan war’.

Head of the High Peace Council’s secretariat, Akram Khpolwak, has discussed ways to end the Afghan war in a meeting with OIC members and Saudi Arabia officials this week, said Ehsanullah Tahiri, spokesman of the council.

“All scholars from the Muslim countries should attend the meeting and assess the Afghan war and bloodshed from religious point of view,” Taherisaid.

A lawmaker said Islamic scholars can play a significant role in finding a solution to the crisis in Afghanistan.

“Muslim countries can have influence on the groups fighting against Afghanistan government,” said Qazi Abdul Rahim, an MP.

Qarib Sadat, member of High Peace Council, said they have tried a lot to the bring Taliban leadership to negotiation table, but some intelligence circles of the neighboring countries send weapons to the militants in Afghanistan and prevent them from joining the peace process.

“When we provide the context for peace, the countries which interfere in Afghanistan and their intelligence expand the conflict to draw the attention of government from concentrating on peace,” said Sadat.

The HPC spokesman said Khpolwak will leave Saudi Arabia for Indonesia where he will discuss the organizing of a meeting of Afghanistan, Indonesia and Pakistan religious scholars in Jakarta.