ORANGE FARM, South Africa (AP) — Dressed in a red robe and a gold-trimmed bishop’s miter, the clergyman pours whiskey into his cupped hand and anoints the forehead of the man sitting before him.

“You are hereby invested as a minister … This is a double tot,” he says of the remaining whiskey in the chalice. He hands it to the new minister, who downs it. 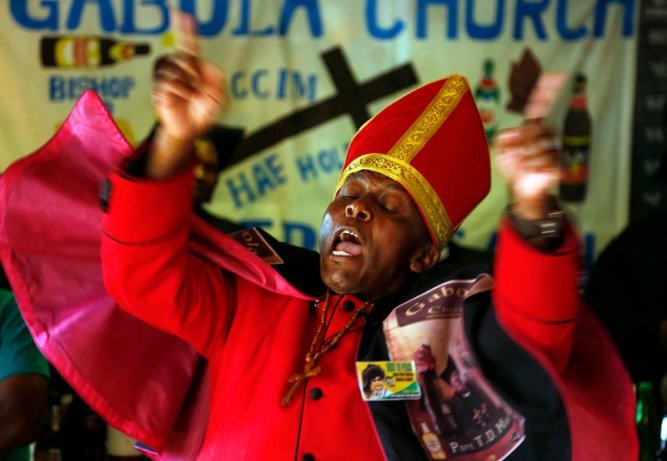 “Hallelujah!” shout the congregation members who erupt in singing and dancing, swigging from bottles of beer.

Welcome to Gabola Church, which celebrates the drinking of alcohol. The South African church was started eight months ago and has found an enthusiastic following.