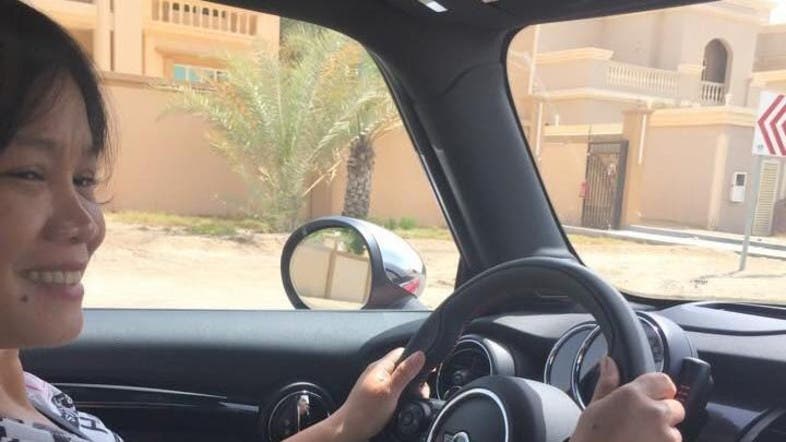 A 45-year-old Filipina nanny is still pinching herself after her Emirati sponsors decided to gift her a house back in her home country of the Philippines.

Her Emirati employer, Melissa McPike, told Al Arabiya English why she decided to grant her long-time nanny, Dina Tenerife Celo, what would come to be a fully-furnished house in her home town.

“Dina’s character made her stand out from day one. She is very honest and humble,’’ says McPike. 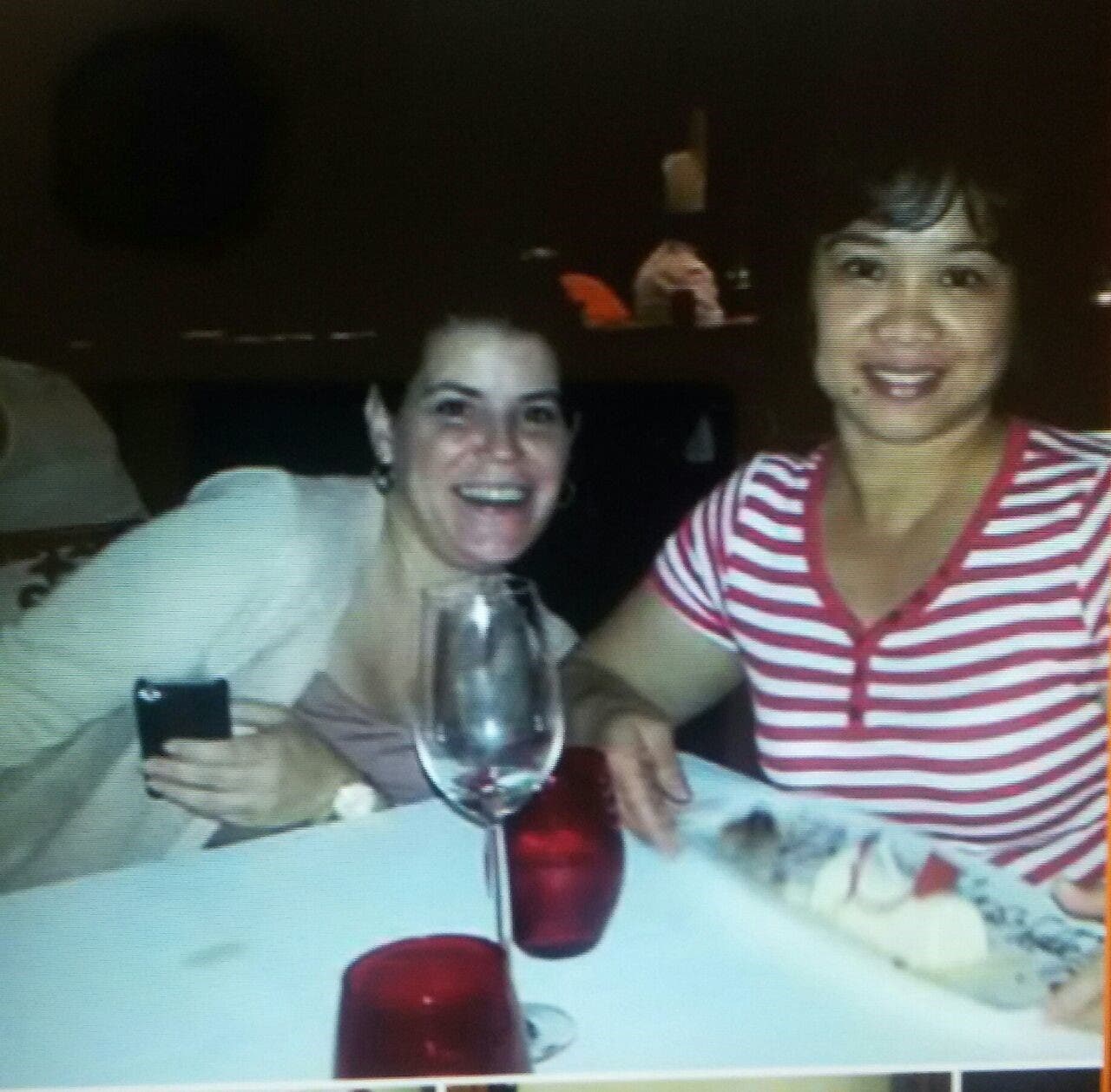 McPike is originally American and has been living in Abu Dhabi for the past 26 years. She is a mother of two sons –  Saed and Seif Al Muhairi.

The  older son Saed, 26, will be accompanying Dina on Monday on a flight to the Philippines to oversee the construction and ensure she makes full use of the resources given to her. “Dina is feeling a little overwhelmed, and believes that it is way too generous. She keeps saying, ‘No it’s too much’’’, said McPike.

An additional transaction of $4,083 (AED 15,000) was also transferred by Saed to Dina’s account to cover the extra costs. “We will not build half a house, we want her to have a sound quality home,’’ he said.

The house is the perfect gift for Dina. “I have given Dina other gifts over the years, ranging from cash to hand bags, all of which were eventually re-gifted to her family. This time she would be forced to use it for her benefit for a change,’’ McPike explained.

According to Dina, the ultimate dream for Filipinos living in a village is to have a house made out of concrete. 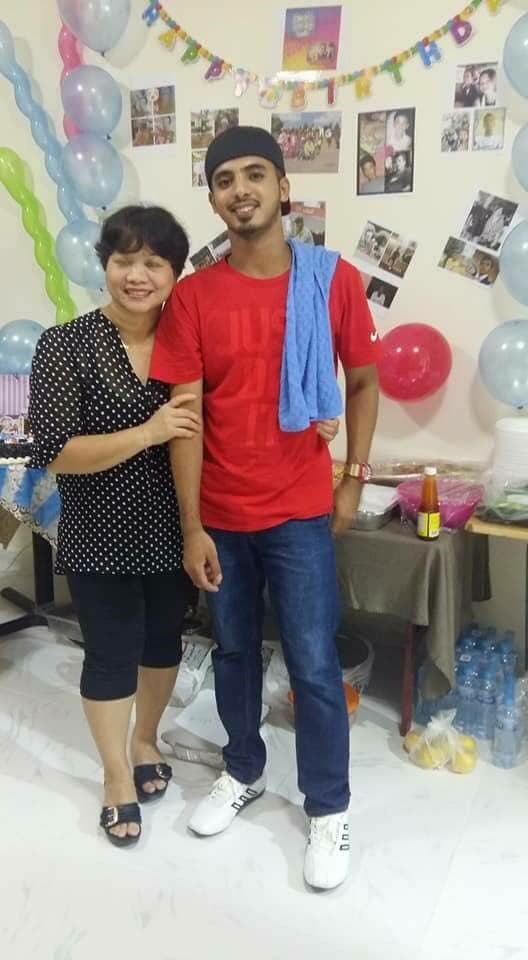 Dina with her son, Ryan, who now works and lives in Abu Dhabi.(Supplied)

Dina was first hired when Saed and Seif were only just six and four years old. Despite parting from the family due to sponsorship complications, the mutual comfort eventually led to her return in 2013.

The nanny culture is an integral part of households in the Middle East. According to a study by the Knowledge and Human Development Authority, 94 percent of 23,851 Emirati families hire nannies. Melissa says that the many times they did not need Dina’s help, they would miss her company. “When I asked her to stay home and rest, the boys would ask why she wasn’t coming out with us. It was so easy to call Dina part of the family as she loved my boys, and would do anything for them’’.

There have been several reports in past years exposing crimes committed by domestic helpers against their employees and assaulting their children out of revenge. “It is a real fear,’’ McPike said, “but then again it is a crazy world. Someone in your family can give you more of a reason to mistrust them’’. 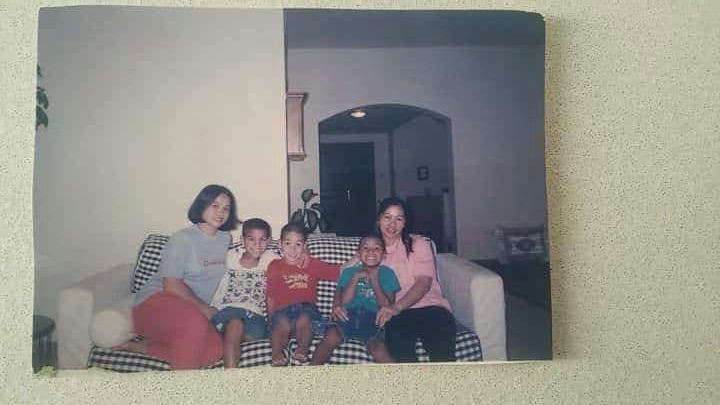 McPike said that trust and gut instincts are crucial. “This is a woman [Dina] who has access to my bank details and everything else in my house. I never feel the need to lock up anything around her’’.

Melissa believes that the UAE has come a long way in protecting domestic workers’ rights, like giving them a day off. “But unfortunately many families I know still do not allow this despite it being THE LAW’’.

“I do not think that everybody has to buy their housemaid a house to prove their generosity, sometimes all it takes is treating someone with respect,’’ she said.