On 19 December, Saudi Arabia intercepted missiles fired by the Ansar Allah group (Houthis) from Yemen towards the Yamama Palace, the official residence of King Salman in Riyadh. The attack perhaps came as a stern response to a Saudi-made animated video that went viral on social media few days before. The clip depicts a Saudi invasion and regime change in Tehran.

This direct attack on the kingdom’s highest political leadership and the symbol of Saudi authority is highly significant. Such an attack would have been unthinkable a couple of years ago, but Saudi Arabia’s poorly manoeuvred foreign and regional policies recently have left it largely short of respect, exposed and regionally isolated.

While Turkey has been very keen on maintaining positive relations with Saudi Arabia, on a diplomatic level the kingdom has largely disregarded its approach. This has been especially after Turkey stood firmly by Qatar and sent troops to the emirate following the GCC diplomatic crisis in June. Saudi Arabia, the UAE and Bahrain decided to cut their relations with Qatar and practically besieged it.

Initially Turkey tried to keep an equal distance from all parties involved in the crisis, repeatedly emphasising the need for dialogue and lending support to the Kuwaiti mediation efforts. When fears of a looming invasion of Qatar and a possible regime change were growing, Turkey deployed troops to the Gulf emirate, a move that was not well received by Saudi Arabia.

It was not long before a Saudi journalist, with close ties to the ruling class, interviewed Fethullah Gulen, a religious leader who lives in exile in the US and is designated by Turkey as a terrorist. Gulen is accused of being the mastermind behind the 2016 coup attempt in Turkey. He is viewed as a public enemy and his case is viewed as a matter of national security in Turkey.

Saudi Arabia’s low-level diplomatic representation to the Organisation of Islamic Cooperation (OIC) summit called by Turkish President Recep Tayyip Erdogan in response to US President Donald Trump’s declaration on Jerusalem was another departure from regional solidarity. It also reflected its siding closer to the US and Israel in the region, which puts Saudi Arabia at odds with Turkey, which is seeking religious leadership of the Muslim world.

Two days before the OIC summit, Okaz, a Saudi newspaper, published an interview with Riza Altun, the “foreign minister” of the Kurdistan Workers’ Party (PKK), which Turkey has designated a terrorist organisation. The interview was initially meant to be with Cemil Bayik, head of the PKK. This could not have happened without the direct approval of Saudi political authority.

Turkey holds the PKK responsible for killing many civilians and security personnel; as with Gulen, the situation is regarded as a matter of national security. The interview definitely aimed to send a message. It was as if Saudi Arabia was asking for trouble from Turkey.

Turkey, like Iran, is a regional powerhouse. Being at odds with the two main regional powers leaves the kingdom largely isolated in the region.

Satellite states falling out of orbit

Saudi Arabia’s radical approach with Qatar has scared off other GCC states, forcing them to look for strong regional backers. For example, Kuwait, which has tense relations with Iran and expelled its ambassador mid-2017, began to foster closer relations with Turkey, including intentions to boost military cooperation.

The Kuwaiti emir, who represented his country at the OIC Jerusalem conference, is certainly weary of Saudi foreign policy, which explains why he is quickly getting closer to Turkey.

Oman is another GCC state whose relations with Iran are relatively better than any other. It might not feel the need to rush toward Turkey but it will still seek to boost its security vis-a-vis Saudi designs, as mentioned by an Omani diplomat to Middle East Eye.

The Saudi leadership’s most irresponsible act was forcing Lebanese Prime Minister Saad Hariri to resign, holding him practically against his will in Riyadh.

This united the Lebanese political elite and public against Saudi Arabia in a manner unprecedented in the history of relations between the two countries. It also detained Jordanian billionaire Sabih al Masri as part of a “corruption probe” to put pressure on Jordan to accept Trump’s declaration on Jerusalem.

Al- Aqsa Mosque, the third holiest place in Islam, is under the authority of the King of Jordan through past agreements. It constitutes one of very few sources of political legitimacy for the Hashemite kingdom. And this explains why the Jordanian king was present at the OIC summit despite being under huge pressure to boycott it.

Jordan is certainly going to pivot away from Saudi Arabia, get close to Turkey and very likely closer to Iran as well. To sum up, one can count Qatar, Kuwait, Oman, Lebanon and Jordan as states falling out of Saudi orbit or pivoting away from it.

Saudi Arabia is not only pushing away a regional powerhouse such as Turkey and smaller states but is also undermining its image in the Arab world and among Arab public opinion.

Aside from its contribution to the ongoing catastrophic humanitarian situation in Yemen, manifestations of disrespect to the Saudi leadership are being expressed across the region.

Algerian football fans raise a banner depicting King Salman and Donald Trump, with the tagline “opposite sides of the same coin” (Twitter)

Last week, during a football match  in Algeria, President Trump and King Salman were depicted as “two faces of the same coin” on the Jerusalem question. During demonstrations in Gaza against Trump’s Jerusalem declaration, Palestinian protesters set fire to pictures of Trump, King Salman and his son the crown prince.

Iran has taken note of this, with the deputy commander of the Revolutionary Guard, Hossein Salami, describing it as a “defeat of Saudi policies”.

Iran knows there is no better time to send a message by targeting Riyadh through its Houthi proxy. It is also a clear and direct message to the crown prince, who once thundered that he will take the battle to Tehran.

Saudi Arabia, already facing a local crisis, will have to deal with another problem – a growing sense of insecurity as missiles again could potentially explode over Riyadh for everyone to hear.

Saudi Arabia’s regional policies have been an utter failure and have left it largely isolated. Should it continue in the same direction it will become even more isolated.

– Mustafa Salama is a political analyst, consultant and freelance writer, with extensive experience and an academic background in Middle East affairs.

The views expressed in this article belong to the author and do not necessarily reflect the editorial policy of Middle East Eye. 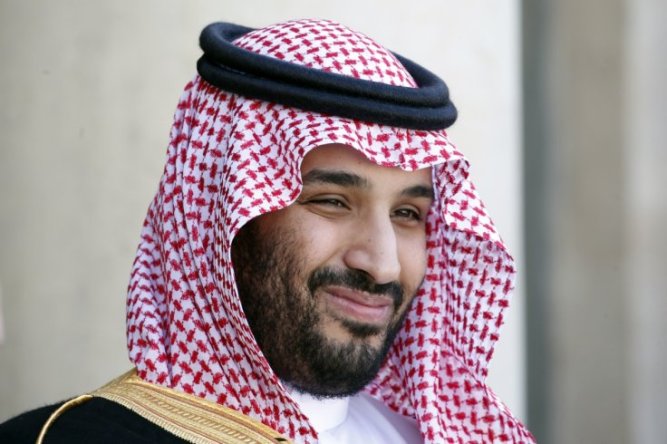