Are the Amish right about new technology?

The basic stereotype about the Amish – drivers of horse-drawn buggies, wearers of huge beards – is that they’re stuck in the 18th century: if a technology wasn’t invented by then, you won’t find them using it today. (What goes clip clop, clip clop, bang bang, clip clop? An Amish drive-by shooting.) So it’s alarming to learn, as the New York Times reported recently, that smartphones, PCs and computer-controlled machinery are increasingly part of the community’s daily life. There are Amish bakeries that take credit cards. So much for your fantasy – OK, my fantasy – of escaping the hyper-connected world and retreating to a simpler era. If clicking and swiping have got even the Amish addicted, what hope for the rest of us?

Except, as Kevin Kelly points out in his book What Technology Wants, the Amish have never been unequivocal shunners of modernity. “Amish lives are anything but anti-technological,” he writes. Visiting Amish communities, he found battery-powered radios, computer-controlled milling machines, solar panels, chemical fertilisers and GM crops. What distinguishes the Amish stance toward any given invention isn’t that they reject it outright; it’s that they start by assuming they don’t want or need it, then adopt it only if they decide it’s in line with their values.

Generally, these days, “our default is set to say ‘yes’ to new things,” Kelly notes, whereas for the Amish “the default is set to ‘no’”. Thus cars don’t make the cut, because they encourage people to wander far away, instead of building community close to home. But laptops and smartphones are fine, for some Amish, in certain workplace contexts – though never at home – because the benefits are deemed to outweigh the downsides. 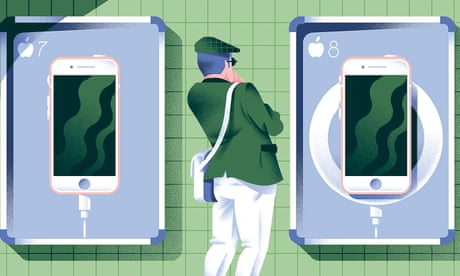 I’m not going to argue that we should adopt Amish values, which are largely illiberal, let alone copy their system for determining which technologies are allowed, which essentially means doing whatever the bishops decide. But I agree with Cal Newport, who highlighted Kelly’s work on his blog the other day: isn’t it alarming that the basic Amish logic – adopt a new technology only if it helps you do what you deem important – feels so alien to us? “The Amish are clear about what they value,” he writes, “and new technologies are evaluated by their impact on these values.”