Why not apply international law? 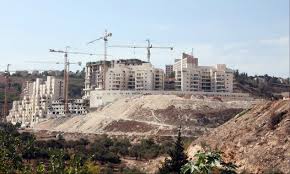 While the Arab world is deep in unrest, Israel is insidiously working to implant more settlements in the West Bank, which Israel occupied in 1967 and which is the putative part of a future Palestinian state.

Very recently, on October 17, Israel announced plans for 1,292 settler units in the occupied West Bank, approved by a committee overseeing settlement construction in the West Bank, according to settlement watchdog Peace Now.

A day before, an Israeli committee approved permits for 31 settler units in Hebron, the first such authorisation since 2002 for this flashpoint West Bank city where several hundred Israeli settlers live under heavy military guard among some 200,000 Palestinians.

The announcements were condemned by the Palestinians.

The Palestinian president’s spokesman, Nabil Abu Rudeina, was quoted as telling official news agency WAFA that “Netanyahu defies the world, and especially President Trump’s administration, with his insistence on continuing settlements on the land of the state of Palestine”.

But that is not enough.

UN Security Council members and the EU also condemned Israel’s advancement last week of plans for 2,733 settler units in the West Bank, warning that it could lead to a one-state reality.

“Settlement activity is taking place at an unprecedented pace, it can result in a reality of a state with two citizenship regimes, and this is a situation that is unequal and can lead to disastrous consequences,” said the French ambassador to the UN Security Council.

He also warned that “we are very near the point of no-return” and that settlement activity “destroyed politically and on the ground the very possibility of having two states”.

Such activity is “detrimental to ongoing efforts towards meaningful peace talks,” the EU said, adding that “the EU’s position on Israeli settlement construction and related activities… is clear and has not changed: all settlement activity is illegal under international law, and it undermines the viability of the two-state solution and the prospect for a lasting peace”.

Correct. Both the statement and the position. But in the absence of real international will — and teeth — to tackle Israel’s illegal activities, such declarations will not change a thing.

Similar expressions could be heard over the years every time Israel embarked on its aggressive settlement activity in the West Bank, but not from the US, Israel’s biggest backer and enabler.

Without real action to back up such political expressions, Israel will continue to colonise Palestinian lands and create new facts on the ground that make a mockery of any peace talks.

Only through a serious sanctions regime instated by the UN can there be hope that Israel will be made to see sense.

Boasting, as the Israeli prime minister and defence minister do, about the unprecedented number of settler units approved for construction since 2000, under the very nose of the international community and the squabbling Arab world is effrontery and a clear indicator that Israel has no intention whatsoever of ever reaching peace with the Palestinians.

Why maintain the lie and not punish a state that acts above the law?