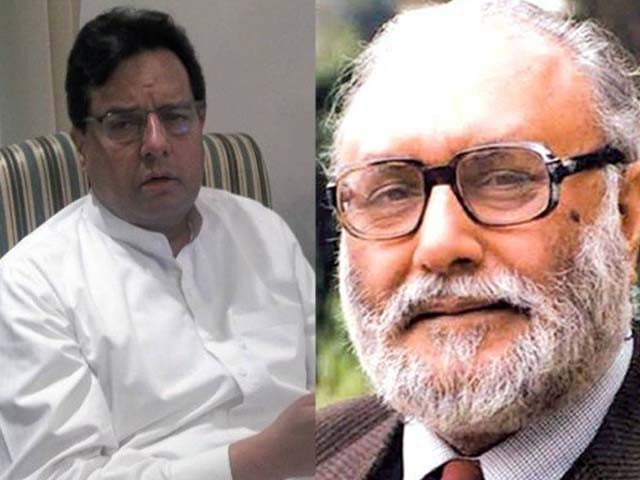 Did this hateful diatribe represent Awan’s personal views only or was it orchestrated by the party leadership?

A few days ago, I came across a video making rounds on social media which disturbed me a whole lot. In the said video, a retired major, belonging to a newly formed political party, was openly threatening to kill the former prime minister of Pakistan, Nawaz Sharif. In his view, Nawaz, by constantly reaching out to Ahmadis, had become ‘Wajibul Qatl’ (necessary to be killed).

I could not believe that someone could so openly express hatred against a minority communityand incite violence against a former PM for just displaying kind and courteous behaviour towards our minorities. It was the most incendiary speech I had ever heard.

However, soon that hateful speech was overtaken by something even more repulsive. A few days ago, former PM’s son-in-law, Captain (retired) Muhammad Safdar Awan, gave a speech in the National Assembly which made me sick to my stomach.

I could not believe that the highest platform for law-making was being utilised to incite hatred and violence towards a minority in such a way. Awan indulged in the most shameful bigotry by questioning not only the beliefs but also the patriotism of Ahmadis by suggesting that the minority should not be recruited in the armed forces or the judiciary. In that hateful diatribe, Awan also raised objections on the decision to name the Physics department of Quaid-e-Azam University (QAU) after Dr Abdus Salam, Pakistan’s first Nobel laureate.

I am not a religious scholar; hence I will not debate about the nature of their beliefs or their religious standing. However, I would humbly ask Awan and our entire society (since his views resonate with many) some questions. Given the fact that Ahmadis have already been declared non-Muslims, why are we bent upon prosecuting them? Why can’t we let them live peacefully or even die peacefully? After all, let’s not forget the time their graves were exhumed. Most importantly, if we collectively cannot accord basic dignity and protection to our minorities as a society, then how can we be gravely concerned about the Rohingya Muslims or other instances where Muslims or minorities are being oppressed. If anything, this hypocrisy weakens our morality tremendously.

Other than the aforementioned questions, I would also like to answer some of the questions raised by Awan. Before questioning Ahmadis’ patriotism and contributions to Pakistan, Awan should read up on our history. Because if he did, he would know that Ahmadis played a vital role in the creation of Pakistan and in this regard, services rendered by Sir Zafar Ullah Khan (who belonged to the Ahmadi community) were particularly significant. He was one of Jinnah’s most trusted lieutenants, as evident by the fact that the Quaid even named him as Pakistan’s first foreign minister. In that capacity, he represented Pakistan extremely well in the international arena and subsequently became the first and only Pakistani to act as president of the International Court of Justice.

Furthermore, Awan went on to deride the fact that the QAU physics department is named after Dr Salam. This was an extremely derogatory comment considering the fact that Dr Salam is one of the all-time towering intellectual giants of the scientific world and Pakistan’s first Nobel laureate. It is shameful that for the most part of the past 30 years, his own country has deliberately ignored him. Ironically, it was Awan’s own father-in-law, Nawaz, who finally mustered the courage and decided to honour Dr Salam by naming the Physics department after him.

Likewise, contrary to Awan’s claims, Ahmadis have also served honourably and bravely in Pakistan’s armed forces. He should educate himself by learning about some of the prominent Ahmadi officers such as Major General Iftikhar, Air Marshal Zafar Ahmad Chaudhry, Lieutenant General Abdul Ali Malik, Lieutenant General Akhtar Hussain Malik, and so on.

Compared to all these Ahmadis who have served Pakistan despite the hatred our society heaps on them, the contributions of a bigoted person like Safdar is virtually zero. He is merely married into a political dynasty and is literally dependent on their charity. If anything, he is a big political liability to Maryam Nawaz’s political ambitions.

If this is indeed the case, then it is a very dangerous development; simply because it shows that Pakistan Muslim League Nawaz (PML-N) – which for the past several years has steadily been moving towards center, is actually responsible for several progressive legislation and reaching out to minorities – is changing its course. If party involvement is indeed present, then this course reversal is motivated by the upcoming elections and the need to regain the votes of hardliners, which PML-N lost due to its relatively liberal stance in the recent years.

If the above possibility is true, then it is extremely disappointing and PML-N will lose its political progression. It is true that PML-N has been losing some ultra conservative votes but it has more than compensated the loss by gaining votes of minorities and liberals. It was those very votes that propelled the party to such a strong position in the 2013 elections. If PML-N changes its course and vote targets, it will end up losing the newfound support and may fare poorly in the upcoming elections.

Secondly, if the speech was supported by the party and its members, it could be because of the pressure the party was facing in recent times due to the removal of the Khatam-e-Nubawat (finality of Prophethood) clause from oath-taking, which according to the government was a clerical error. Pakistan Tehreek-e Pakistan (PTI) and its allies were extremely critical of the government for abusing its political power to revise such a clause. Although the government had subsequently amended the bill to restore the clause, the damage had already been done. Awan’s speech may be a deliberate effort to rectify the damage. If this is the case, then again, I do not agree with these tactics because inciting hatred towards a minority is not the right way to do damage control.

A positive development is that Prime Minister Shahid Khaqan Abbasi has distanced himself and the party from Awan’s speech which gives credence to the possibility that it was the latter’s personal views. This is actually a strong possibility because Awan in the past has also expressed extremist views. In the video below, Awan can be heard declaring Mumtaz Qadri a hero.

There is another video of him where Awan can be seen raising slogans against the Ahmadi community.

But even if these are his personal views, PML-N has to take a strong stance as he is their MNA. The very fact that he is Nawaz’s son-in-law makes it extremely important that he is careful of what comes out of his mouth because his words unfortunately carry weight. If Maryam is indeed being groomed for future leadership, then her husband right now is nothing but a huge political liability for her, and it’s important for her and Nawaz to keep Awan under control. If he is not disciplined appropriately, then he could end up jeopardising Maryam’s political career the same way,Asif Ali Zardari jeopardised Benazir Bhutto’s career.