A 30-year-old Indian woman is the youngest female commander of a Boeing 777 aircraft in the world, according to CNN. 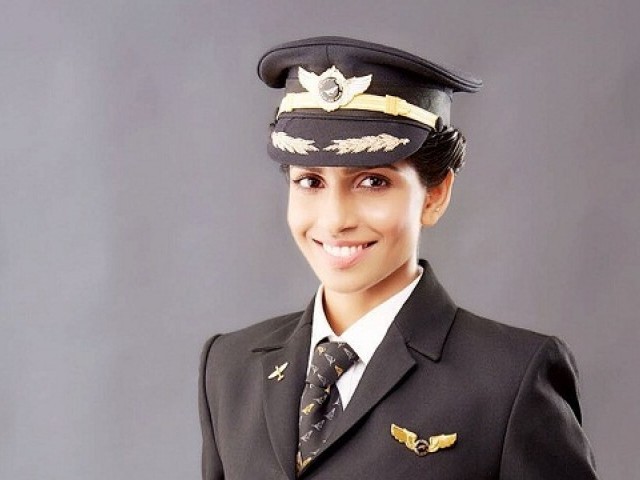 Anny Divya holds this position with Air India, and a dream to fly high in the skies. “I always wanted to become a pilot, from my childhood,” Divya told CNN Travel. “I didn’t have anybody around who knew about piloting at that time. I had no guidance […] I just wanted to fly.”

Divya was passionate and determined to succeed, no matter what the outcome. She applied at a flying school at the age of 17, and was selected. “I got selected,” she recalls – but this marked the beginning of a steep learning curve. I had no clue about any aircraft, technology, nothing,” she said. “I’d never had any flying background or anybody to guide me, the whole subject was very new to me.”

“We all have some success stories and failures – but we have to focus on what we need and to keep learning,” she added. “I wanted to become a pilot, that’s what I wanted to do. So even though I was not doing OK initially, I was very determined to just do it,” she further recalled.

“By the time I got my job I had learned a lot in life,” Divya said. “I went to Spain [to train] and I’ve been doing big international flights for 10 years now.” Despite a decade of experience, Divya still encounters people who are surprised that she’s a female pilot. “When I go on flights, people keep asking ‘Are you a commander?’. “They’re like, ‘But she’s such a young girl to be flying such a big plane!’”

Divya shared her dreams of flying with new aircraft that are equipped with the latest technologies and she also wants to get into teaching and become a trainer. She’s also pleased that she’s become a role model for younger women entering fields that are primarily male-dominated.

“A lot of people work hard,” she said. “It’s also opportunities you get, I think I’ve been placed in the right time and right place. I really wanted to do it, but also the timing was correct – and my airline gave me this opportunity.”