Muslim call to prayer won’t be silenced in Israel 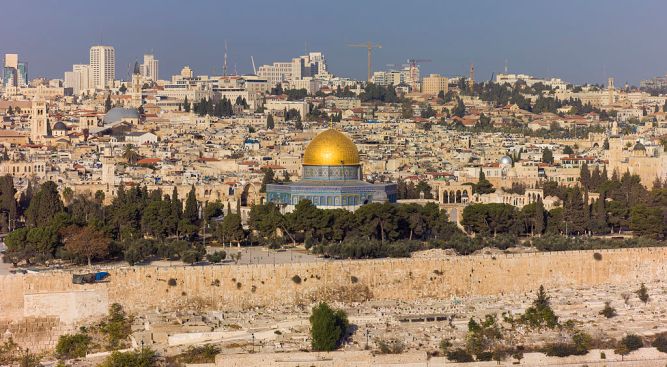 Source: The New Arab from November of 2016

A government-backed Israeli bill to limit the volume of calls to prayer (adhan) at mosques in the country has been put on hold after it was blocked by the minister health who argued it could affect similar loud Jewish prayers.

The law had been due to get its first reading in parliament this week until Yaakov Litzman, a member of the ultra-Orthodox United Torah Judaism party, stepped in late on Tuesday to block the bill.

“For thousands of years, the Jewish tradition has used various tools, including shofars (a ram’s horn) and trumpets” for Jewish holidays, the minister said in his appeal letter.

“Since the technology developed, loudspeakers have been used to announce the onset of the Sabbath, at the permitted volume level, and in compliance with every law,” he added, referring to the weekly Jewish day of rest.

Prime Minister Binyamin Netanyahu had backed the controversial bill, which has been slammed as a threat to religious freedom by Palestinian officials and religious leaders.

Separation of Synagogue and State in Israel?