LA? Not quite. Swiss plane makes emergency landing in Iqaluit

A plane from Swiss International Air Lines flying from Zurich to Los Angeles has made an emergency landing at Iqaluit in northern Canada. The landing went smoothly and all passengers and crew are safe.

A technical problem caused the left engine of the Boeing 777-300ER to stop, forcing the landing on a snow-covered runway on Wednesday, Swiss explained.

Temperatures at Iqaluit, the capital of the territory of Nunavut with around 7,000 inhabitants, were around -23 degrees Celsius. There were reportedly 295 passengers on board.

A Swiss plane was sent from New York to pick up the passengers, who were then to be taken to New York where they could change for Los Angeles.

A spokeswoman for Swiss said the passengers and crew had to stay in the plane for more than 11 hours. Swiss had looked into accommodation options in Iqaluit but there weren’t enough available. Also because of the very low temperatures it was decided not to put people up in the airport terminal. 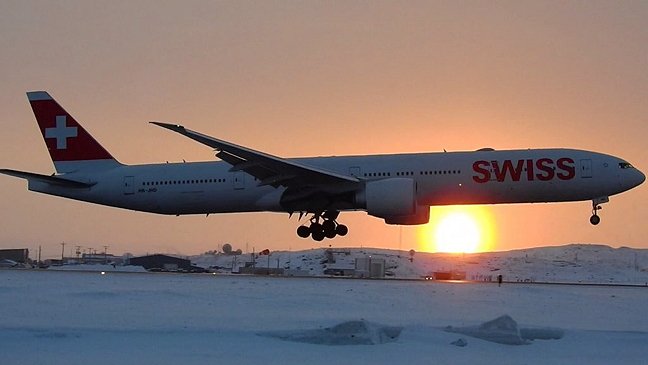