What Thomas Merton and Muhammad Ali Had in Common 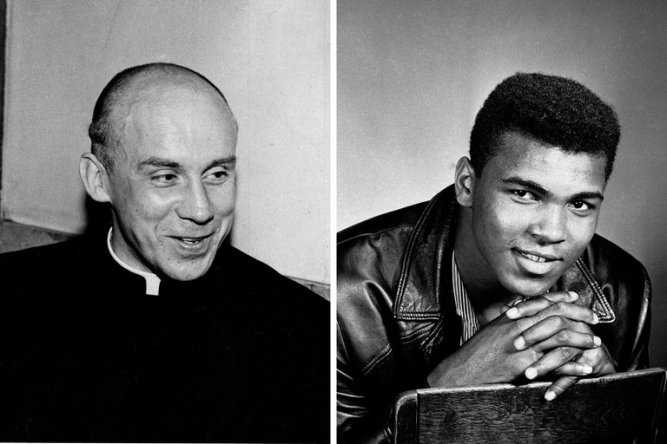 On an afternoon in 1958, near the shopping district at Walnut and Fourth Streets in Louisville, Ky., Thomas Merton was moving about inconspicuously gathering supplies for the Abbey at Gethsemani. The monastery, established in 1848 by the Order of Trappist Cistercians, is in Nelson County, south of Louisville near Bardstown. It is where Merton lived as a Trappist monk beginning in 1941.

Merton’s autobiography “The Seven Storey Mountain,” published in 1948, and other works on interfaith dialogue, peace and nonviolence had made him an international best-selling author. The Washington Post would later call him the most significant Catholic writer of the 20th century. In an address to Congress, Pope Francis described Merton as a thinker “who opened new horizons for souls and for the church” and “a man of dialogue, a promoter of peace between peoples and religions.”

That afternoon on Walnut Street Merton had a revelation that, according to his biographer, William H. Shannon, caused him to rethink the separateness of his life at the abbey. Merton experienced “the glorious destiny that simply comes from being a human person and from being united with, not separated from, the rest of the human race.” It was as if, Merton himself said, “I suddenly saw the secret beauty of their hearts.” Merton would emerge from the confines of the abbey and become a significant figure in the 1960s social justice movement.

Twenty years later, in 1978, Walnut Street was renamed Muhammad Ali Boulevard, after my late husband. In 2008, the intersection at Fourth Street and Muhammad Ali Boulevard was dedicated as “Thomas Merton Square.” It would have been difficult to predict in 1958 that the divergent paths of the two men would someday be merged in the permanent markers of the same city street. At the time of Merton’s revelation, 16-year-old Muhammad was across town delivering his own revelation to a series of opponents on his way to a gold medal and the World Heavyweight Championship.