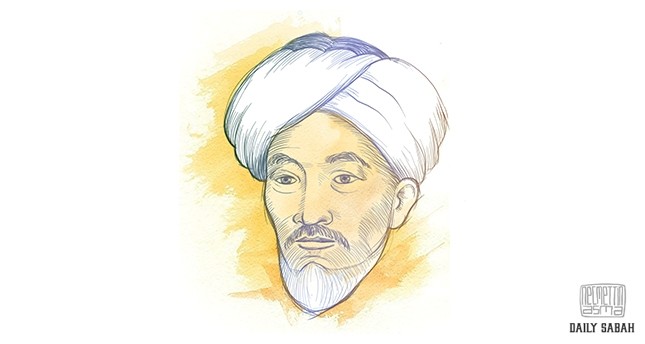 As Al-Farabi combines the major strands of the Islamic intellectual tradition, his prayer is of particular importance not only for the students of Islamic philosophy but also for anyone interested in the relations between philosophical thinking, logical rigor and spiritual refinement

How does a philosopher pray to God? At one level, it is not different from any other prayer. In essence, all of us regardless of our profession, training or expertise seek spiritual proximity to God. But at another level, each prayer also reveals something about who we are.

Praying is a serious matter. It requires the full presence of the person who prays. It is the most intimate and personal way of communicating with God. It is the meeting of the finite with the infinite, the mortal with the immortal, the servant with the Lord.

All religious traditions have emphasized the significance of prayer in one’s spiritual life. The Islamic tradition is probably one of the richest in prayer literature. This is natural given the fact that the Quran and the Prophet teach us how to pray to God. The most beautiful and profound prayers reflect God’s infinite mercy and the multiple stages of the human state. As the Prophet Muhammad said, “prayer is the essence of worship.”

Prayer is generally comprised of three parts. The first is where one praises God’s absolute power and infinite mercy. The second is where one states one’s ultimate “poverty” and dependence on God. The third part is where one asks God directly for His blessings, trust, friendship and protection.

Just as each individual is unique, so is his supplication to God. The same applies to the philosopher who sees God both as a personal Being and the cause of all causes and the source of all beings. Some philosophers have put down their prayers on paper. Each reflects the philosopher’s particular point of view and how he sees God, the Supreme Being, in relation to the world of creation. They are a testament to one’s gratitude for “existing” in the first place. The claim that the philosophers have turned the personal God of the Abrahamic tradition into an onto-cosmological principle to whom one cannot pray is thus largely unfounded. Muslim philosophers have maintained a delicate balance between God as the Lord of the Universe and God as the Cause of all causes. The 99 names of God through which we pray to Him reveal His infinite majesty and beauty and guide us in our search for spiritual proximity and fulfillment.

Al-Farabi (872-950), one of the greatest minds of all times, has left us a short prayer that reveals this particular outlook. Known as the Second Teacher after Aristotle, al-Farabi was a philosopher, logician, political thinker, cosmologist as well as a musician. As he combines the major strands of the Islamic intellectual tradition, his prayer is of particular importance not only for the students of Islamic philosophy but also for anyone interested in the relations between philosophical thinking, logical rigor and spiritual refinement.

(The prayer, called the “Supreme Prayer” (Du’a azim), was critically edited and published by M. Mahdi based on a manuscript in the Suleymaniye Library in Istanbul in the book al-Farabi, Kitab al-millah ve nusus ukhrah, Beirut, 1986, pp. 89-92. Below is an English translation with a short commentary.)