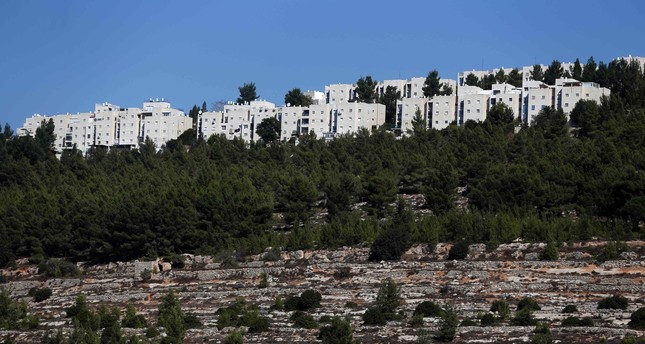 A picture taken on November 3, 2016 shows a partial view of the Jewish settlement of Gilo in Israeli-annexed east Jerusalem. (AFP PHOTO)

“Established in 1971, the Gilo settlement currently contains more than 10,000 housing units and is home to some 40,000 Jewish settlers,” he said.

Tufakji went to assert that the Israeli authorities would likely approve construction of additional units in the Gilo settlement before the end of the year.

The approval raised hackles in the U.S. State Department. “We strongly oppose settlement activity,” spokesman John Kirby told reporters, accusing Israel of actions that “risk entrenching a one-state reality” and raise serious questions about the Jewish state’s commitment to a negotiated settlement with the Palestinians.

The Turkish government, for its part, condemned the planned settlement expansion.

“Such actions, which violate the most basic rights of the Palestinian people and destroy the prospects for peace, are unacceptable,” the Turkish Foreign Ministry declared in a Thursday statement.

Israel occupied the West Bank — including East Jerusalem — during the 1967 Middle East War. It later annexed the city in 1980, claiming it as the capital of the Jewish state in a move never recognized by the international community.

International law views the West Bank and East Jerusalem as “occupied territories” and considers all Jewish settlement-building activity on the land as illegal.

Palestinians accuse Israel of waging an aggressive campaign to “Judaize” the historic city with the aim of effacing its Arab and Islamic identity and driving out its Palestinian inhabitants.