What do American Muslims think of the election and its presidential candidates?

Guardian: There are 1.9 billion Muslims worldwide, and Muhammad, or one of its variants, is the most common name in the world. In America, 3.3 million people identify as Muslim, according to a recent Pew study. While former GOP contender Ben Carson would “absolutely not agree” with the US being run by a Muslim president, we wanted to know what some Muslims living in New York City thought about the remaining candidates … and who they view as “God’s candidate”. 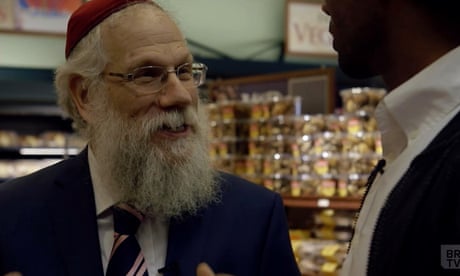 Who is God’s candidate? Jewish voters speak out ahead of New York primary

At the Masjid At Taqwa in Brooklyn, American-born Muslims and immigrants from some 63 nations pray in unison, separated by gender. During recent Friday afternoon prayers, I sat cross-legged with the men on the floor as women prayed in the next room. When I later asked them how they felt about voting for a female president when women are forbidden from heading a mosque, they were quick to cite examples of how Muslims women are empowered.

I was quickly given a religious primer with historical references about George Washington assuming his wife’s property when they married while Muslim women maintain their belongings. The women I met had strong political opinions and no qualms about their roles as Muslim women, in the family or in the voting booth.