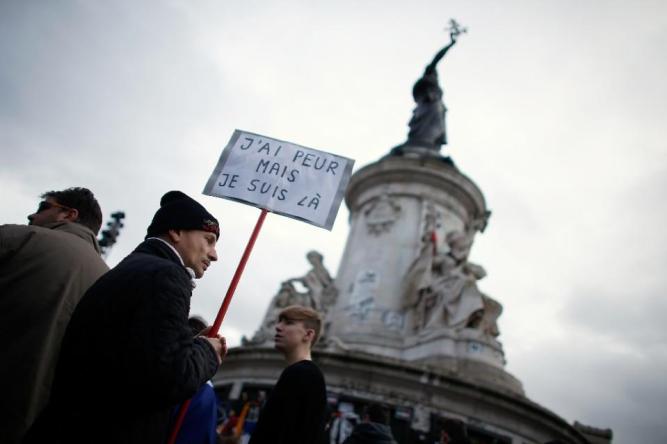 Paris (AFP) – A documentary on radical Islam has struck a nerve in France two-and-a-half months after a devastating jihadist attack in Paris and sparked a debate about freedom of expression.

The documentary “Salafists” opens on Wednesday in only five cinemas in France, and its portrayal of bloody images of Islamist propaganda has seen its directors accused of “flirting with advocating terrorism”.

Culture Minister Fleur Pellerin took the advice of the national commission to bar under-18s from seeing the film, a rare move for a documentary.

She said her decision was the result of the documentary makers “broadcasting scenes and talk of extreme violence without commentary”.

The run-up to the classification decision was accompanied by days of debate in France over the threat of the film being seen as condoning terrorism, or whether limiting audiences amounted to an attack on freedom of expression.

French director and writer Claude Lanzmann wrote on Le Monde’s website that the decision was “deaf, blind and stubborn” and amounted to “shameful censorship”.The controversy headlined the front page of the right-leaning Le Figaro newspaper which said the film was “violent and ambiguous and flirts with advocating terrorism”.

The documentary mostly focuses on extremism in the Sahel region of north Africa and was filmed in Mali, Tunisia, Mauritania and Algeria between 2012 and 2015.

It gives voice to leaders of Al-Qaeda in the Islamic Maghreb (AQIM) and religious leaders belonging to the Salafist movement — fundamentalists who believe in the return to what is considered a purer form of Islam.

The film shows daily life under Sharia law (Islamic law) in the northern Mali cities of Gao and Timbuktu which fell under the control of jihadists in 2012, and is interspersed with images of Islamic State group propaganda and videos, some of which are extremely violent.