DHAKA, Bangladesh — A Bangladesh court has disqualified the country’s largest Islamic party from taking part in the next general election, saying it opposes secularism.

The ruling comes four years after a group of citizens filed a petition seeking to cancel Jamaat’s registration with the Election Commission, saying the party wants to introduce Islamic Shariah law in the Muslim-majority country.

Jamaat’s lawyer said it will appeal the ruling in the Supreme Court. 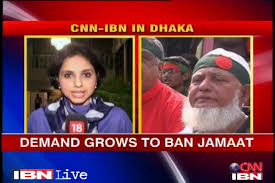 The ruling came amid calls to ban the party for opposing the country’s 1971 independence war against Pakistan. Four top party leaders have been tried and sentenced to either death or life imprisonment on charges of war crimes linked to the war.

Several others, including the party’s secretary general, Motiur Rahman Nizami, are still on trial.