No state, modern or ancient, secular or religious, has successfully managed to exercise thought control on its citizens.

The government’s flip-flop last week over the YouTube ban has once again exposed the misplaced priorities and a profound lack of logical and rational decision making on its part. YouTube ban is an idiocy of the highest order. Would the banning of YouTube remove the blasphemous video from the website? Or do we feel we can strong arm the world into agreeing to our restrictions on freedom of speech? Let us call a spade a spade. The YouTube ban is indicative of an ostrich mentality, of burying one’s head in sand in response to danger.

The big news this week in
the business world is the decision by the US Federal Trade Commission (FTC) in the Google antitrust investigations. Holding that Google was not harming consumers in anyway, the FTC did not press ahead with a complaint against Google. This is a significant victory for Google but there is a loud chorus of voices against this decision, including by Microsoft’s general counsel who says that the FTC missed a golden opportunity to set things straight in terms of Google’s control over the market. 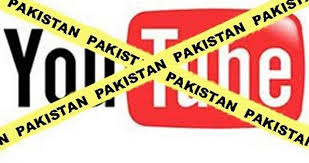