MADINAH: Islamic Affairs Minister Saleh Al-Asheikh opened an Islamic calligraphy show at Le Meridien here Tuesday and commended Muslim calligraphers around the world for reviving the Islamic art and promoting the message of Qur’an in an attractive manner.

“God has honored the Arab nation by sending the Qur’an in Arabic and making the calligraphic writings of the Qur’anic verses part of the Islamic civilization,” the minister said while opening a forum for the famous Qur’an calligraphers in the world.

As many as 225 calligraphers from Saudi Arabia and foreign countries are taking part the show which is organized by the King Fahd Qur’an Printing Complex in Madinah.

“The Qur’an calligraphy reflects Muslim artists’ love and care for the holy book,” Al-Asheikh said. “It’s a blessing from God that He has made us a nation that gives utmost care for the Holy Qur’an,” he added. 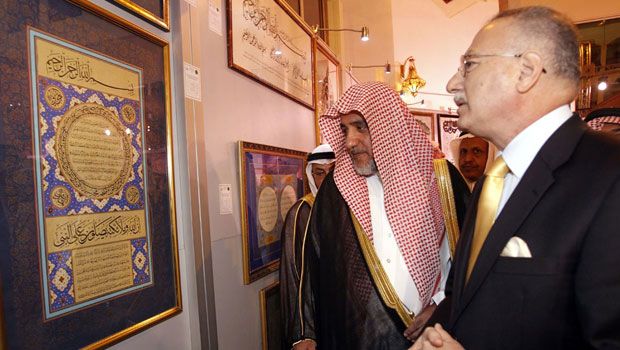