The Afghan asylum refugees were protesting outside the building for four days, urging the UNHCR to complete their resettlement applications 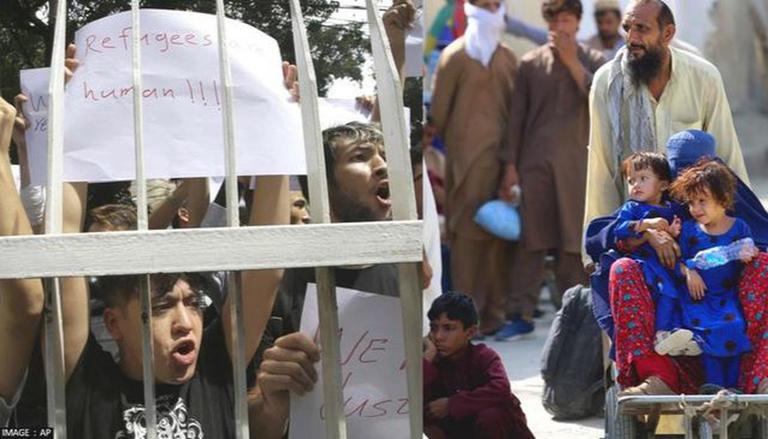 Outside the United Nations High Commissioner for Refugees (UNHCR) facility in Indonesia, hundreds of Afghan immigrants claim that their asylum application requests are getting delayed in the process. According to Tolo News, the Afghan asylum refugees were protesting outside the building for four days, urging the UNHCR to complete their resettlement applications. Yet, on the other hand, the UNHCR has not given them any information regarding their applications.

The asylum seekers revealed that they had been living in Indonesia for several years, hoping and waiting for their requests to be processed as well as approved so they could be placed in a host nation but till now their applications were not processed.

Quoting an asylum seeker, ANI reported, “The refugees have started a peaceful protest outside the UNHCR building. This is the fourth night that we are here, and so far we have not heard from the UNHCR.”

Furthermore, Indonesia acts as a transit nation for refugees because it is not a signatory to the 1951 Convention or its 1967 Protocol on the status of refugees and in addition to it, the asylum seekers are not permitted to work or attend public schools or hospitals.

Meanwhile, previously in the month of August, several Afghan refugees in Indonesia, largely from the Hazara ethnic group, protested the Taliban’s control of their nation, seeking resettlement in third nations, as per AP.

Demonstrators rushed to the streets and protested outside the United Nations refugee agency’s building in Jakarta, with many expressing concerns for their relatives who were residing in war-torn Afghanistan when the Taliban took control over the nation. They urged for resettlement as the repatriation was difficult with the Taliban taking control. READ | Bodies of 16 persons recovered off Libyan coast along with 177 survivors: UNHCR

As per the AP, after a few hours, the demonstrators were dispersed from the place after police warned to arrest them for breaking a health emergency declared in Jakarta, which has been heavily impacted by the COVID pandemic. According to United Nations estimates from April, Afghans made up a bit more than half of the 13,400 refugees in Indonesia.

In the meantime, the World Food Program (WFP) will provide financial assistance to poor families in Afghanistan, since the war-torn country’s economy has quickly deteriorated since the Taliban seized power, resulting in increased hunger and poverty. Each poor family will receive 3,500 Afghanis (approximately 33 US dollars) per month due to a WFP action plan. Over 4,000 homes, according to Tolo News, would get emergency help over the next four months. READ | UNHCR urges nations to ‘facilitate & expedite’ reunification of Afghan families