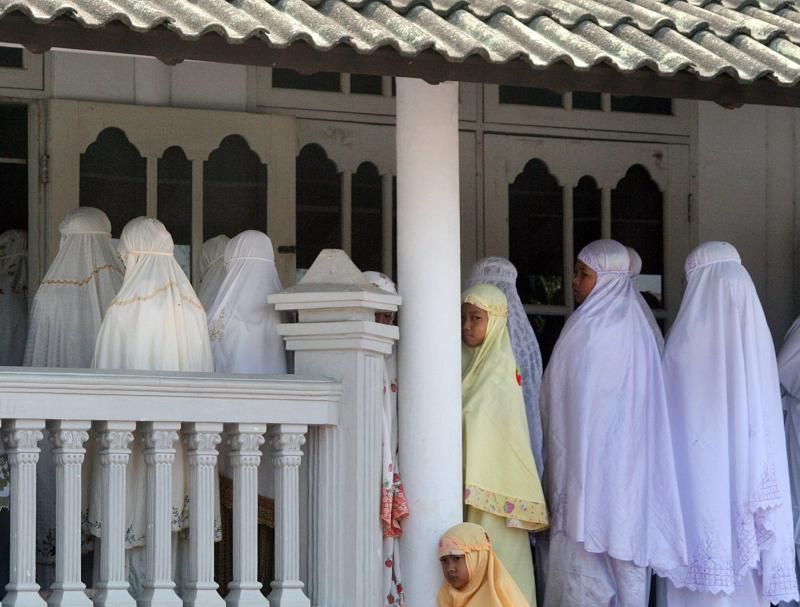 In this file photo – Members of the Ahmadiyah community attend Friday prayers at the An-Nur Mosque in Manis Lor village, in Kuningan, West Java.- AFP

JAKARTA, Sept 4 (Reuters): Indonesia condemned on Friday night an attack on a house of worship belonging to the Ahmadiyah, a Muslim minority sect, on its part of the Borneo island, calling it an “illegal act”.

In a video posted on social media dozens of people can be seen attacking the building, in a village in the Sintang district of West Kalimantan province, with hammers and wooden planks. Police in riot gear could be seen arriving at the scene.

Reuters could not immediately authenticate the video, but West Kalimantan police spokesman Donny Charles Go told news channel MetroTV that there had been an attack on the building, which he said came after the district government last month withdrew its permission to operate as a place of worship.

The situation had calmed down, with around 300 members of the security forces deployed in the area, he said.

“The action of the people who acted outside the law, breaking a worship house and belongings of others cannot be justified and are obviously an illegal act,” said Yaqut Cholil Qoumas, the national government’s religious minister, in a statement.

The Ahmadiyah have long faced discrimination in some parts of the world, including in Algeria https://www.reuters.com/article/uk-algeria-religion-idAFKBN17U2B3 and Indonesia, the world’s largest Muslim-majority nation.

They identify as Muslims but believe another “subordinate prophet” followed the Prophet Mohammed, who founded Islam. That belief is viewed by many orthodox Muslims as a breach of the Islamic tenet that the Prophet Mohammed was God’s last direct messenger, and led some to brand them heretics.

The Indonesian Ahmadiyah Congregation (JAI) said there were about 500,000 people of the Ahmadiyah faith in the southeast Asian nation. Police said more than 70 live in the village in Sintang where the incident took place.

Yendra Budiana, JAI spokesperson, told Reuters that the attack was premeditated and followed other acts of intimidation that began early this year.

The district head of Sintang and the West Kalimantan governor did not immediately respond to requests for comment.

In 2008, Indonesia passed a decree that bans the Ahmadiyah from “spreading interpretations and activities that deviate from the principal teachings of Islam”. – Reuters