Mosques serve as a source of community gathering, peace, acceptance and multiculturalism, says Canada’s largest Muslim association about 18 hours ago By: CambridgeToday Staff 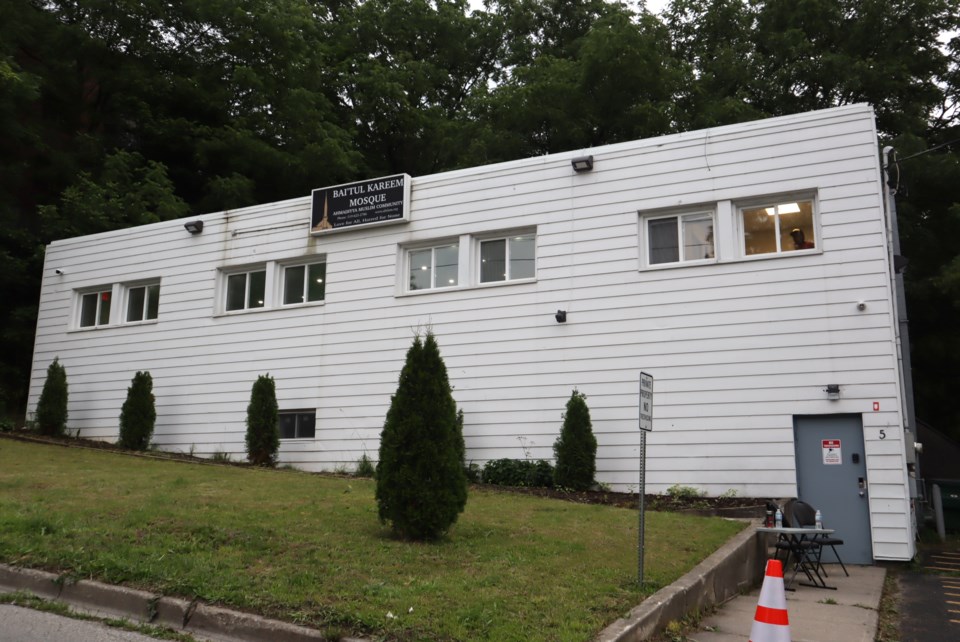 The Baitul Kareem Mosque on Elliott Street was vandalized after someone broke in on the afternoon of July 14. Waterloo Regional Police are investigating the incident as a possible hate crime.Doug Coxson/CambridgeToday.ca

Canada’s largest Muslim association, the Ahmadiyya Muslim Jama`at Canada, is thanking Waterloo regional police for a “diligent and swift investigation” that led to charges against a 35-year-old Cambridge man for a series of offences in relation to the Wednesday break-in and vandalism at Baitul Kareem Mosque in Cambridge.

In a press release issued Sunday, national president of the Ahmadiyya Muslim Jama`at Canada Lal Khan Malik said they were “overwhelmed by the outpour of love and support from Canadians across the country.”

Following Wednesday’s daytime break-in, a number of community leaders and residents went to the Elliott Street mosque to offer encouragement and support.

Vandalism inside the mosque left a trail of destruction over $5,000 including boxes filled with religious books and flyers, prompting police to investigate the incident as a hate crime.

“Our mosques will always remain open to all members of the community as a symbol of peace,” Malik said in the release.

The Ahmadiyya Muslim Jama`at Canada says it has built mosques and community centres across the country “to build bridges with Canadians.”

“The mosques serve as a source of community gathering, peace, acceptance and multiculturalism,” the release said.