Biden is blocking a UN statement calling for a ceasefire

As the death toll rises in Gaza, the Biden administration is blocking the release of a United Nations Security Council statement calling for a ceasefire.BY MICHAEL ARRIAMAY 13, 2021 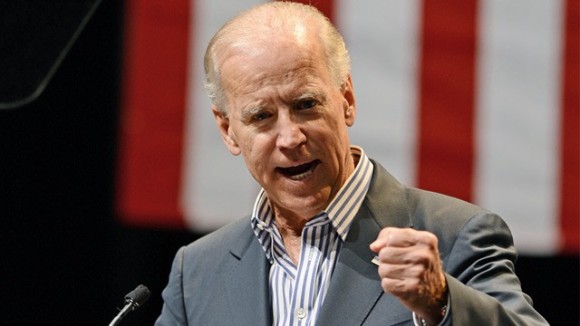 As the death toll rises in Gaza, the Biden administration is blocking the release of a United Nations Security Council statement calling for a ceasefire.

Reuters reports that the administration has blocked the effort because they believe it will impede their behind-the-scenes diplomatic efforts. They have repeatedly called for both sides to deescalate. “We believe Palestinians and Israelis deserve equal measures of freedom, security, dignity and prosperity,” said White House Press Secretary Jen Psaki this week. “U.S. officials in recent weeks have spoken candidly with Israeli officials about how evictions of Palestinian families who have lived for years, sometimes decades, in their homes, and how demolitions of these homes, work against our common interests and achieving a solution to the conflict.”

During his press briefing yesterday State Department spokesperson Ned Price was asked about the UN statement by the AP’s Matt Lee, but he wouldn’t address the issue directly:

Price: Matt, as we – as I said yesterday, we want to see to it that steps, whether they emanate from the Israeli Government, the Palestinian Authority, or the UN Security Council, serve not to escalate or provoke but to de-escalate.

Lee: So the short, one-word answer is no, you haven’t dropped your opposition to it?

Lee: Has the Council come out with a statement? I’m sorry, I may have missed it.

Price: We have – we have continued to call in multiple fora for de-escalation and to see to it to do what we can to ensure that no actor takes provocative actions.

Price: – of Israeli life and of Palestinian life.

Lee: But to give me a one-word answer, yes or no: Have you dropped your objection to the Security Council presidential statement on the situation?

Price: Matt, as you know as well as anyone does, private sessions of the UN Security Council….are not – are not sessions that we read out. But again, our message continues to be one of de-escalation. We do not want to see any actor, be it a government or be it an intergovernmental body, take an action that could serve to escalate rather than de-escalate.

“We condemn the firing of rockets from Gaza against civilian populations in Israel by Hamas and other militant groups which is totally unacceptable and must stop immediately,” it reads. “The large numbers of civilian casualties, including children, from Israeli airstrikes in Gaza, and of Israeli fatalities from rockets launched from Gaza, are both worrying and unacceptable.”