The Tale of Two Prayers

THE EXISTENCE OF GOD
A Tale of Two Prayers 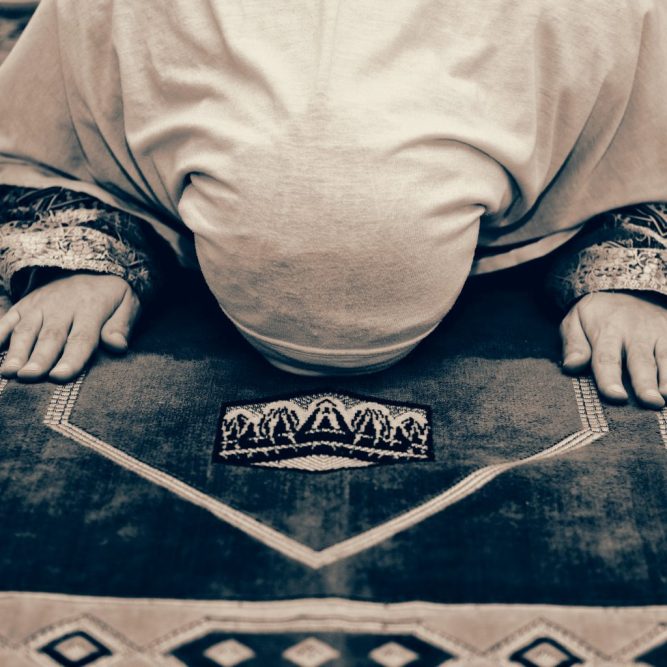 It is always difficult to discuss personal religious experiences in a way which is meaningful to others. But it is my hope that those who take the idea of prayer seriously may feel encouraged and hopeful that ‘to him who knocks it shall be opened’.[1] I hope that my experience will show others the truth of the Qur’anic verse, ‘And when my servants ask thee about Me say, ‘I am near. I answer the prayer of the supplicant when he prays to Me.’’ And my experience is bolstered by the fact that it is by no means unusual in the context of the Ahmadiyya Community, to which I belong. Indeed, hundreds of people have experienced the delight of having their prayers answered in this way.

Born in Spain, I was not raised in a religious family. In the society in which I grew up, religion was considered something that people had needed in the past but which had no relevance to the present. Just ten or fifteen years ago, the notion that there was a God Who might actually listen and respond to prayers seemed no more real to me than the tale of Cinderella. But now that my religion and my belief in God have become the centre of my life, I can honestly say that there can be no doubt in my mind that my prayers are always heard and often answered.

It is not easy to explain how such a radical change can take place in one’s life. But looking back I now see how certain habits of behaviour, certain attitudes and ideas, are absorbed from one’s surroundings, consciously or subconsciously. These can become impediments in the way of spiritual progress. But when it is understood that these uncritically accepted ideas are really worthless, we gain the freedom to explore and discover the realm of the spirit.

For me this was a gradual process. My mind had been closed to the idea of a Living God Who listens to His servants and responds to their supplications. But once I realised that the heavens and the earth could not exist by accident, and that behind everything there is a Designer and Creator, life began to change not only for me but also for others around me.

I am only sorry that I was not able to make this connection with the Divine earlier in my life.

As time went on, I made increasing efforts to discover how I could reach out to God, to find the best and most direct way to find Him. It was only after my conversion to Islam and acceptance of the Promised Messiah (as) – the Prophet awaited by all in the latter days – that I found the guidance and the path to follow based on the beautiful and perfect example of the Holy Prophet Muhammad (sa).

It was then that I learned that it was quite common amongst many members of the Ahmadiyya Muslim Community to experience true dreams and prayers being answered. Never before had I found myself with such blessed people for whom the efficacy of prayer is commonplace – a fact of life. ‘Not only is God alive,’ they told me, ‘but He will answer your prayers too.’

And indeed, this has been my experience. I believe He has answered my prayers on many occasions in ways I never dreamt possible.

Two examples vividly illustrate this. The first was both surprising and encouraging, and made a great impression on me, because it made me realise that God is present and strengthened my belief in Him.. This overpowering sensation that someone was there – even though they could not be seen –lasted for days, giving me a feeling of absolute certainty. Since it happened just after I had accepted Islam, it reinforced my conviction that I was on the right path and coming closer to God in a way I had never experienced before.

It was 2013, and the economic crisis was affecting some parts of Europe quite badly. Many people were losing their jobs and many companies were going out of business while others were struggling. Some people were forced to leave their homes to search for work in distant places. Our family was one of those affected. My father, the sole provider for our family, lost his job when his company was forced to lay off numerous employees.

Fortunately, he received a reasonable sum in severance pay, but he was not happy to be idle at home all day. All of us tried our best to help him look for work, but months went by and there were no offers at all.

At the time, I was already living in the UK and had just converted to Islam. I felt strongly that I should do something to help my father, and I did help him to send out applications and contact possible employers. But I thought the best I could do was to pray to Almighty God on his behalf.

I remember I prayed fervently for him over a period of several days. I knew I would have to be patient. But I also knew that, for those who have firm faith in God and put their trust in Him, supplications are never in vain.

Some weeks passed and the miracle happened.

My father was called for an interview. When he arrived, he was shown into the manager’s office. The manager pointed out a pile of applications that were lying on his desk. He said he had chosen one at random: my father’s. He was given a new job that same day.

Seen from the outside, some may suggest there is nothing especially impressive about this story, but I have to say that my father, the rest of my family and I were convinced that this was not a chance event and that God had intervened to help us. And though it is difficult to convey my conviction, I remain of this opinion today.

The crisis continued a few years longer, and while many others were less fortunate, with God’s help our family found peace again and my father never lost his job again.

The other experience of God’s help concerns the worldly matter of buying a car. In preparation for the birth of our daughter and first-born child, Jaziba, my husband and I realised we would need a car. But like many young couples we were by no means rich. Finding something suitable, reliable, and at the same time inexpensive, would not be easy. We could not afford to make a bad buy. From the beginning of our search, I prayed to God to help us through the process.

At this point I had a dream which had a strong connection with the car, and which left a deep impression on me. Many Muslims believe that it is important to pay attention to dreams because sometimes God gives knowledge and guidance in this way. In this dream I saw that we had bought our first family car and that we would receive it very soon. Shortly after this, we found a car that we thought would be suitable at a car dealer. An agreement was negotiated and a down payment made. We were so happy we had found the best car for us. But a few days later, my husband received a call from the car dealer informing us that it would not be possible to receive the car as early as we had expected, and as such we would have to wait for another seven or eight weeks. I felt puzzled because this was not what my dream had led me to expect. In my dream, it was clear that the car was going to be given to us very soon. I was so sure of this that I even told my husband that the car we were planning to buy was not our car, since I had seen in my dream that we would receive our car very soon.

A few days later, while my husband and I were having supper, he received a message from a friend, also a member of our community, with photos of a Mercedes, some years old but in very good condition. The message said, ‘if you want it, it’s yours.’

We were astonished. I immediately asked my husband if he had mentioned the matter to his friends, but he assured me he had not.

The next day we contacted the person who had sent us the message. He told us that for some time he had been wanting to buy a new car. Some days before, the name of my husband came into his mind and repeatedly so, along with the notion of giving the car to us. He told us that all we had to do was sign the papers. And so, a few days later, the formalities completed, we took possession of the car and my dream, that we would very soon have our own family car, came true. We could hardly believe it!

This car took us to Scotland, to Switzerland, and to Germany. And on those journeys, we often gave thanks to God. We believe that all blessings come from Him, but the manner in which this car came into our possession made us even more acutely aware of this and of how much we must be grateful to Him.

To conclude I would like to include a quote from the writings of the Promised Messiah (as) which refers to the subject of prayer:

‘Prayer is a great thing. Alas! people do not know what it really is. Some of them think that whatever is asked for, must be given (i.e. the prayer must be accepted as it is offered). That is why whenever they ask for something and it is not given to them by God they despair and begin to think evil of God. Whereas what behoves a believer is that even if he is not given what he asks for, through his prayer, he should not despair, for, he has not been given it because the Mercy of God has not found it useful for him.

Behold! if a child wishes to hold a burning piece of charcoal, the mother would run and hold his hand back and perhaps she might slap him for this act of his. When I ponder over the philosophy of the prayer and realise that the All-knowing God knows what is good and bad for people, it really affords me very great pleasure.’[2]

About the Author: Originally from Spain, María Isabel Losa Serna accepted Islam Ahmadiyyat in 2012 and currently serves as the Deputy Editor of the Spanish edition of The Review of Religions.

Related Posts:
The Power of Prayer – Clear Skies
A Miraculous Path Opened by Prayer
Launch of ‘The Existence Project’ – A SPECIAL INTERVIEW with the Worldwide Head of the Ahmadiyya Muslim Community
The Birth of a Son and the Strengthening of Faith

SOURCE THE REVIEW OF RELIGIONS

A Tale of Two Prayers

Tagged as: existence of God, God, Prayers, to pray