‘The burka initiative only serves to throw fuel on the fire’

Greta Gysin doesn’t think the burka ban in Ticino, in place since 2016, has achieved anything. Keystone / Alessandro Della Valle

Switzerland could follow in the footsteps of France, Belgium, the Netherlands and Bulgaria by banning women from wearing the burka or niqab. On March 7, the people will vote on a popular initiative that aims to enshrine a ban on hiding one’s face in public in the constitution.

The Egerkingen Committee launched the initiative in 2016. Made up of numerous members of the right-wing Swiss People’s Party, the committee was the same that instigated the initiative to ban minarets, accepted by the Swiss in 2009.

Opposed to the text, the government has developed a counterproposal which has also been supported by parliament. It proposes to create a law that would oblige individuals to show their faces during identity checks carried out by authorities. 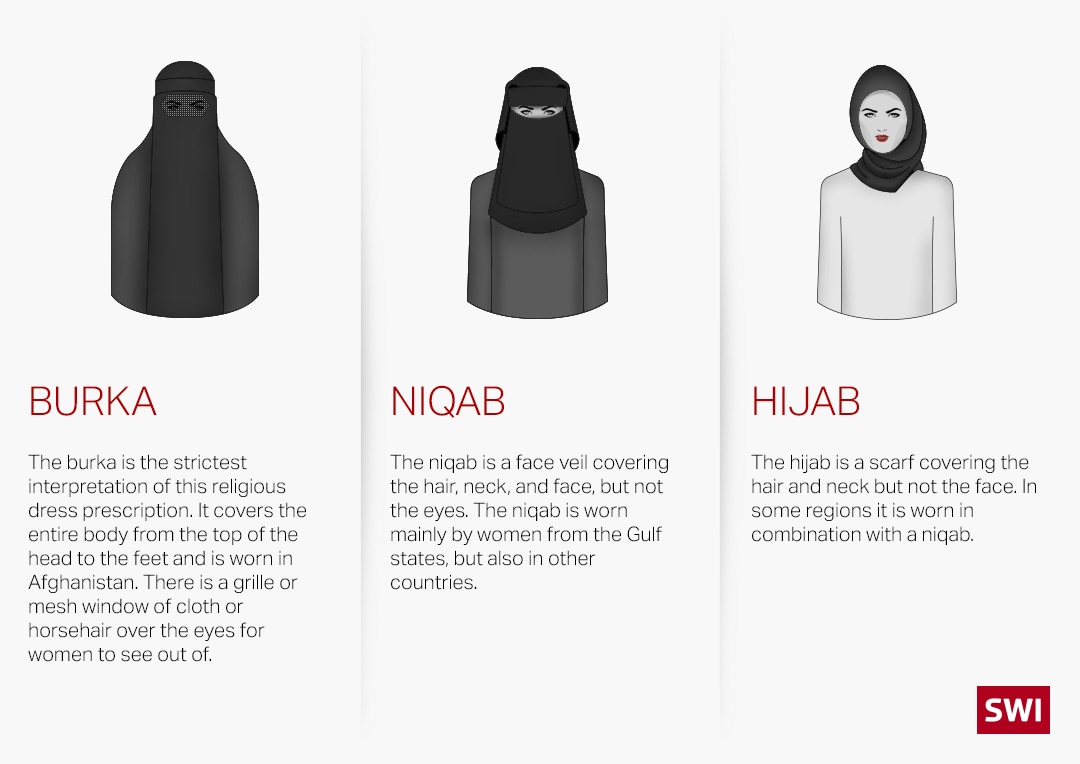 The banning of the burka and the niqab in Switzerland would be counterproductive, argues Greta Gysin from the left-wing Green Party. Gysin represents canton Ticino, where the burka has been banned since 2016. She believes this has not solved anything.

SWI swissinfo.ch: Four years after wearing a burka was banned in Ticino has the law upheld its promises?

Greta Gysin: No, this law has not changed anything. Ticino did not have issues with the burka before and still does not have any now. Statistics confirm this: there have been very few police interventions. Most were for tourists from the Gulf coming to shop in Ticino and solutions were found.

Even if they are few in Switzerland, some women are nonetheless forced to wear the full veil. Wouldn’t the text resolve the problem for those women?

Forcing a person to wear a certain type of clothing, whether it is a burka or anything else, is already banned under the law. It is already possible to intervene. The women who are subject to such constraints also have the possibility of asking for help, by contacting victims’ aid organisations. With this law, we would put them in even greater difficulty because they would no longer have the possibility of leaving the house. If the aim of this text is to help women who are obliged to wear the burka, it is the wrong solution, because we will obtain the opposite result.

Kai Reusser / swissinfo.ch
As a woman, are you not sensitive to feminist arguments which say that the wearing of the full veil is a regression in the fight for equality between women and men?

On a personal level, I do not like the burka, or the niqab, or the veil worn by Catholic nuns. Nonetheless it is not my problem because I decide for myself and they decide for themselves. Feminism is to give each woman the chance to decide the way she wants to dress. However, to dictate to women how they should dress, that is not feminism.

France, Belgium, Bulgaria and the Netherlands – liberal countries – have already banned the full veil. Have these countries taken the wrong path?

Yes, I do not believe it is the appropriate solution. Our constitution guarantees freedom of religion. It is absolutely not liberal to ban religious symbols.

Doesn’t the fact these initiatives are launched answer the need to debate the place of Islam in our societies?

Indeed, I believe it is a debate that we should have, but not with racist or discriminatory initiatives like this one. We should look at real solutions. If we want to fight radicalisation, we must do more to integrate foreigners, in particular those of the second generation, more subject to radicalisation. The question should not be politicised, as the conservative right continues to do. The initiators are looking to offer solutions which seem simple, but which in fact create more problems than they resolve. They generate a climate of general suspicion. These kinds of initiatives only serve to throw fuel on the fire.

The indirect counterproposal put forward by the government aims to ensure that a person will only be obliged to show their face for identification purposes, while also including provisions for equality and inclusion. Isn’t this an acceptable compromise?

It’s better than the initiative, but the fundamental problem is still there. The counterproposal gives the impression that we need to act against a false problem. Also, a large part of what is proposed in the text already currently exists.

In the context of the semi-lockdown, will the campaign be difficult to manage?

We can still communicate through the media or the social networks. It will be a different type of campaign but that is the same for both sides.