Why many Asia governments are being cautious on Covid-19 vaccines

Governments from Japan and Australia to Hong Kong and South Korea are taking their time before granting regulatory approvals for vaccines. 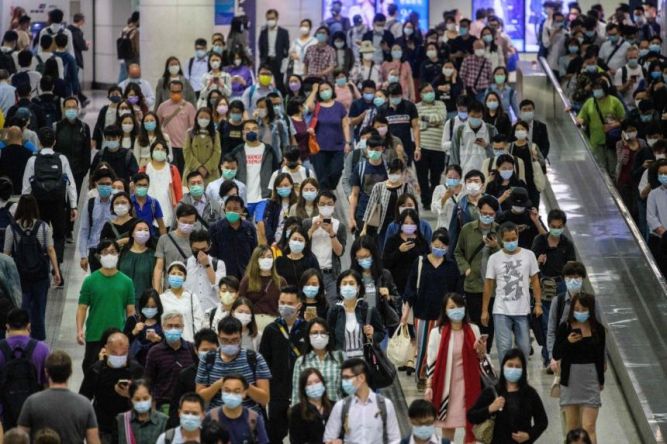 HONG KONG (BLOOMBERG)- The nations quickest to enact social distancing and contact tracing systems have mostly kept Covid-19 in check, but their citizens now find themselves lagging in receiving the shots needed to finally end a pandemic that has devastated millions of lives.

Governments from Japan and Australia to Hong Kong and South Korea are taking their time before granting regulatory approvals for vaccines, in stark contrast to the Western nations that have rushed to inoculate populations.

That cautious approach may seem strange given the urgency to resume normal life, but low infection rates mean that Asian governments are able to wait to see how the unprecedented vaccination drives play out elsewhere. Still, the strategy runs the risk of leaving them economically disadvantaged against places that botched containment but rushed out vaccination.

In New Zealand, which has the top spot on Bloomberg’s Covid-19 Resilience Ranking of major economies that have best fought the pandemic, the main opposition party asked Prime Minister Jacinda Ardern to explain why the country “has fallen behind the rest of the world with its vaccine programme”.

In South Korea, an editorial in newspaper Hankyoreh said “we cannot forever ask people to stop their daily lives and endure the economic pain.”

But officials are defending their pace as the safer approach, and one that they have earned.

“It’s not a bad thing to sit back a bit and see how others are doing,” said medical doctor Lam Ching-choi, a member of the Executive Council that advises Hong Kong’s leader. “I’m totally sympathetic where they don’t have the luxury and they need to do it in the quickest manner to kill the epidemic.”

Hong Kong, currently reporting a few dozen Covid-19 cases daily and with a total death toll of 161 since the pandemic began, has yet to approve a single vaccine as it awaits more detailed clinical trial data ahead of a planned vaccination drive to start in February.

Australia, which shut its border to non-residents when the pandemic began and has instituted strict lockdowns when cases emerge, expects to approve the vaccine developed by Pfizer and BioNTech by the end of January and the AstraZeneca vaccine next month, with shots also beginning in February.

By contrast, the United States and Britain have already administered nearly 14 million shots in total after expedited approvals last month, while Israel has delivered two million doses, or 22 shots per 100 people.

Asian officials and health experts remain anxious because it is the first use of this particular mRNA technology for vaccines, which instructs the human body to produce proteins that then develop protective antibodies. It is also the first global vaccination effort undertaken at such great speed.

Although millions have gotten jabs without incident, there have been some allergic reactions, including anaphylactic shock and incidents like the death of a health worker 16 days after receiving the Pfizer shot, though a link has not been established.

“This extra time will allow those countries to learn from the experience of countries that have commenced distribution,” said virologist Adam Taylor of Griffith University in Australia. “The more information you have on the process of distribution and the safety of the vaccines, the more confidence you have in your own roll-out.

“The technology used for the Pfizer and Moderna vaccines has never been used before in humans and although safety looks good, the more data the better.”

Some countries are concerned over the fact that pharmaceutical companies have been granted legal immunity in rushed negotiations. South Korean Health Minister Park Neung-hoo said countries have been forced into “unfair contracts” with these firms due to the “incomprehensible” nature of the pandemic. Seoul plans to administer shots in February.

“It is nearly universal around the world that extensive immunity from liability is being demanded” from the companies, Mr Park said at a recent press briefing, noting that Korean officials need time to scrutinise safety data closely since companies won’t take responsibility for any mishaps. “Rushing to vaccinate populations before we identify risks is not so necessary for us.”

Such explanations may not sit well with the citizenry of Asian economies that were hit by the virus before the West, and have therefore spent nearly a full year wearing masks, staying at home and abiding by strict social distancing rules.

“Everyone is trying to survive and I think they should get the vaccines as soon as possible to the people who are comfortable taking it,” said Harilela Hotels chairman Aron Harilela, the former chairman of the Hong Kong General Chamber of Commerce.

“You can keep on worrying that you make the wrong decision, but the whole world is taking vaccines, because all economies are gonna be on their knees if we don’t open up.”

In New Zealand – which closed its border early and snuffed out the virus – the opposition has been critical of the country’s slow vaccination timeline, citing a global resurgence of the virus and the emergence of more transmissible variants. New Zealand’s roll-out is slated to begin in the second half of 2021.

Deputy Prime Minister Grant Robertson denied that the country is merely being “polite”, and said that other countries with rising death tolls have priority. “We’re doing every single thing that is possible to get the vaccines here as soon as we can,” Mr Robertson told NewstalkZB this week.

Another reason for proceeding slower than desperate Western nations is that they do not want a botched roll-out to undermine public confidence in the vaccines, potentially jeopardising the ability to inoculate a sufficient percentage of the population for herd immunity.

That is particularly important among Asian populations where confidence in vaccines is already low. A World Economic Forum-Ipsos survey on global attitudes towards Covid-19 vaccines found that the percentage of respondents who agreed with taking a vaccine dropped up to 9 percentage points from October to December in countries including Korea and Japan, which is now posting record numbers of new cases and is slated to start inoculations in late February.

“Governments charging in too early when they buy vaccines at great cost and find they cannot use them meaningfully or they are expired – that could be a disaster,” said Associate Professor Jeremy Lim of the National University of Singapore’s Saw Swee Hock School of Public Health.

Officials have also tried to lower expectations, arguing that roll-outs will not immediately allow restrictions to be lifted since it will take the better part of a year for enough people to be vaccinated for conditions to become safe again. Most public health experts suggest that around 80 per cent of the population needs jabs before anything resembling herd immunity is achieved.

Prof Lim added that there is no point rushing to get to 65 per cent of the population, but stumbling along the way and being unable to vaccinate the remaining 15 per cent.

“It doesn’t matter how fast you are,” he said. “It’s how strong you finish.”