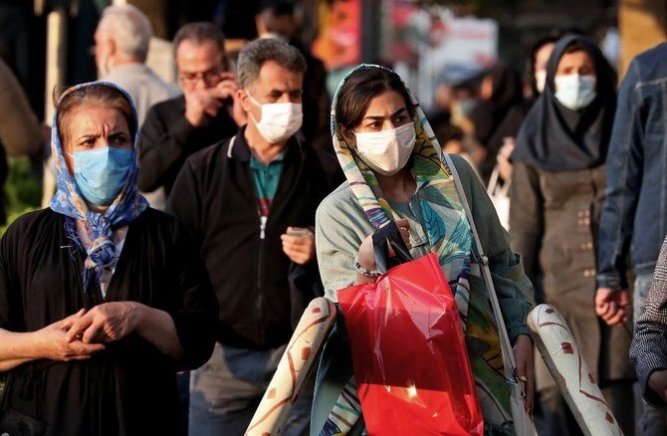 Police will make unannounced visits to other high-risk businesses, and those that violate health protocols will be shut down

JEDDAH:: Mosques, schools, universities, beauty salons, cafes, gyms, museums, theaters and swimming pools in 25 of Iran’s 31 provinces were ordered to close for 10 days from next Wednesday.

In Tehran, the closure of beauty salons, teahouses, cinemas, libraries and fitness clubs has been extended for a week.

Police will make unannounced visits to other high-risk businesses, and any found to be breaking health rules will be shut down. Weddings, funeral gatherings and conferences in the capital have been banned.

Authorities have blamed a sharp increase in coronavirus cases on people failing to follow restrictions, and President Hassan Rouhani said an operations headquarters would be set up to ensure compliance.

Iran was slow to respond to the pandemic when the first cases emerged there in February, and is now the worst-affected country in the Middle East. It recorded several recent daily fatality and infection highs, with figures on the rise since September.

Most analysts believe the real figures are higher. “The disease’s spread … especially in the city of Tehran is worse than what the government has revealed so far,” Etemad daily wrote on Saturday.

Calls are growing for a full national lockdown, which Rouhani has resisted because the Iranian economy, already collapsing under US sanctions, could not cope.

One leading doctor said daily fatalities could reach 900 unless tougher measures were taken.

“The country, or high-risk cities, must be completely quarantined for two to three weeks,” said Alireza Naji, head of the virology department at Iran’s top respiratory disease hospital, Masih Daneshvari.

In Saudi Arabia, meanwhile, the virus remained largely under control. Health chiefs reported 403 new cases on Saturday, taking the total to 347,282, and the death toll rose by 19 to 5,402. Worldwide the virus has infected more than 46 million people and killed nearly 1.2 million.

Amid fears of a “second wave” of infection sweeping Europe, Austria’s government declared a second mass shutdown and a curfew from this week until the end of November, and British Prime Minister Boris Johnson imposed a new lockdown in England until Dec. 2.