Up to 25,000 people granted domicile certificates raising fears of the beginning of demographic change in Kashmir

Up to 25,000 people have been granted domicile certificates in Indian-administered Kashmir since May 18, raising fears of the beginning of demographic changes in the Muslim-majority Himalayan region.

The certificate, a sort of citizenship right, entitles a person to residency and government jobs in the region, which till last year was reserved only for the local population.

Last year on August 5, when India revoked the semi-autonomous status of the region, it also scrapped the local special citizenship law, guaranteed under Article 35 (A) of the Indian constitution. The move has drawn parallel with the occupied West Bank.

On Friday, Democratic presidential hopeful Joe Biden said, “India should take all necessary steps to restore the rights of all the people of Kashmir.”

“Restrictions on dissent, such as peaceful protests or shutting or slowing down the internet weakens democracy,” says a policy paper posted on his website. 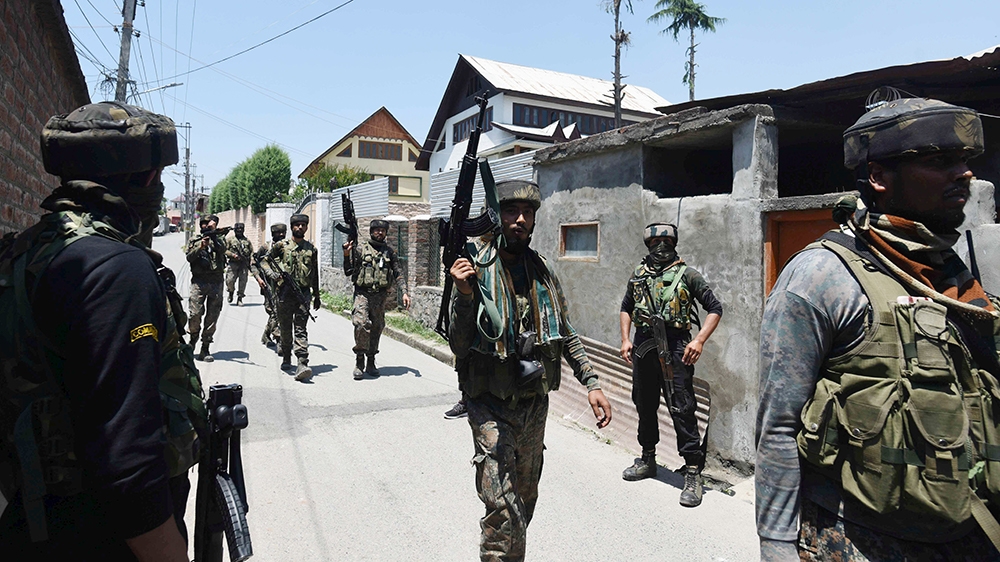 “The decision to provide non-Kashmiri residents with a domicile certificate is certainly the beginning of the end. This is the beginning of Kashmir becoming another Palestine,” Badar-Ul-Islam Sheikh, a 29-year-old resident of the main city of Srinagar, told Al Jazeera.

“It is sad. It is horrible. I fear that time will come that we will not even feel safe in our homes,” he said. “We have been silenced.”

According to a census conducted by India in 2011, out of 12.5 million total population, Muslims comprise 68.31 percent and Hindus 28.43 percent in Kashmir.

Article 35 (A) had barred outsiders, including Indian nationals from other states, from settling and claiming government jobs to maintain the demographic balance in the region, which has seen decades of armed rebellion against the Indian rule.

On Friday, a picture of the domicile certificate issued to Navin Kumar Choudhary, a bureaucrat originally from the Indian state of Bihar, went viral on social media.

In April this year, amid the coronavirus lockdown, the government notified domicile laws making an unspecified number of outsiders eligible for residency and jobs.

Also, children of Indian government employees who have served in the state for 10 years are eligible to settle and claim local residency rights. The law applies even if the children have never lived in Kashmir.

Out of 66, top bureaucrats serving in the region, 38 are outsiders belonging to other Indian states. Many other outsiders serve in various central government institutions like banks, post offices telecommunication facilities, security institutions, and universities. 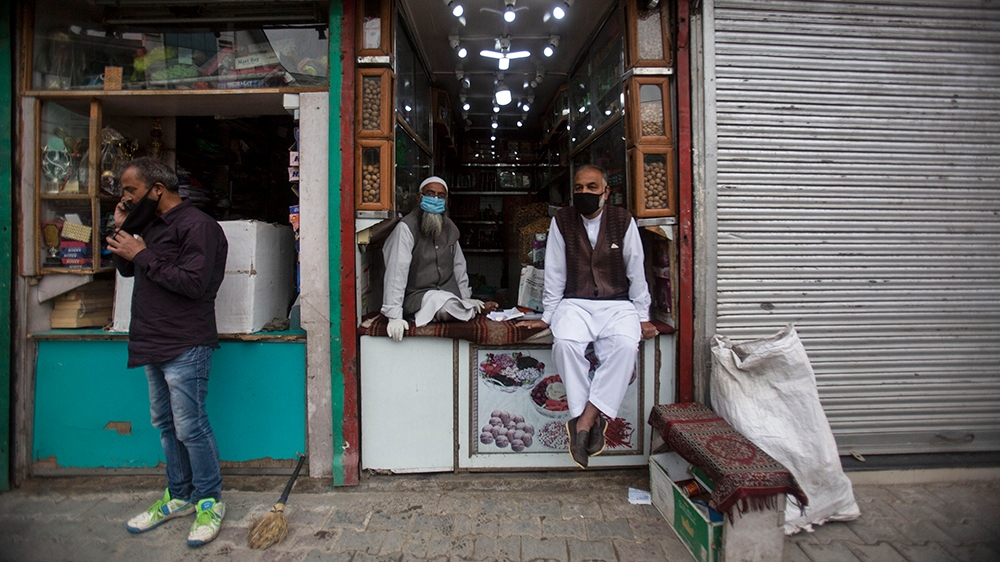 ‘Disastrous’ for the region

Khurram Parvez, a human rights activist based in Srinagar, said the move was “disastrous’ for the whole region.

“It appears government is in some kind of hurry. Within weeks so many people applied,” he told Al Jazeera.

Kashmiri politicians across the divide have said the revocation of special citizenship rights was aimed at reversing the Muslim majority character of the region, which is now directly ruled from New Delhi.

The local legislature, which was directly elected by the people, was suspended in the wake of the scrapping of Article 370 last year.

“All our misgivings about the new domicile rules in J&K are coming to the fore,” tweeted Omar Abdullah, the former chief minister of Jammu and Kashmir, which was earlier a state and now a federally administered region.

Omar was jailed following the removal of the region’s autonomy in August last year along with most prominent Kashmiri leaders who opposed the stripping of the region’s special status by the Hindu nationalist government of Prime Minister Narendra Modi. He was released almost eight months later, in March.

“We in @JKNC_ [Jammu and Kasmir National Conference] opposed the changes because we could see the nefarious design behind the changes. The people of J&K on both sides of the Pir Panjal mountains will be the sufferers of these domicile rules,” he tweeted on Friday.

But the Indian government says the move to change the status of Kashmir was done to integrate the Muslim-majority region with the rest of the country in order to bring development.

Pakistan’s ministry of foreign affairs said in a statement that India’s latest step was a vindication of the country’s “consistent stance that the major intention behind the Indian Government’s illegal and unilateral actions of 5 August 2019 was to change the demographic structure of Indian Occupied Jammu and Kashmir and turn Kashmiris into a minority in their own land”.

“This has long been part of the RSS-BJP’s ‘Hindutva’ agenda,” the statement added.

Speaking to Anadolu Agency on the condition of anonymity, a government official said, since May 18, when the rules were notified, 33,000 people had applied for the domicile certificates. Out of them, 25,000 people have been granted residency rights, he said. 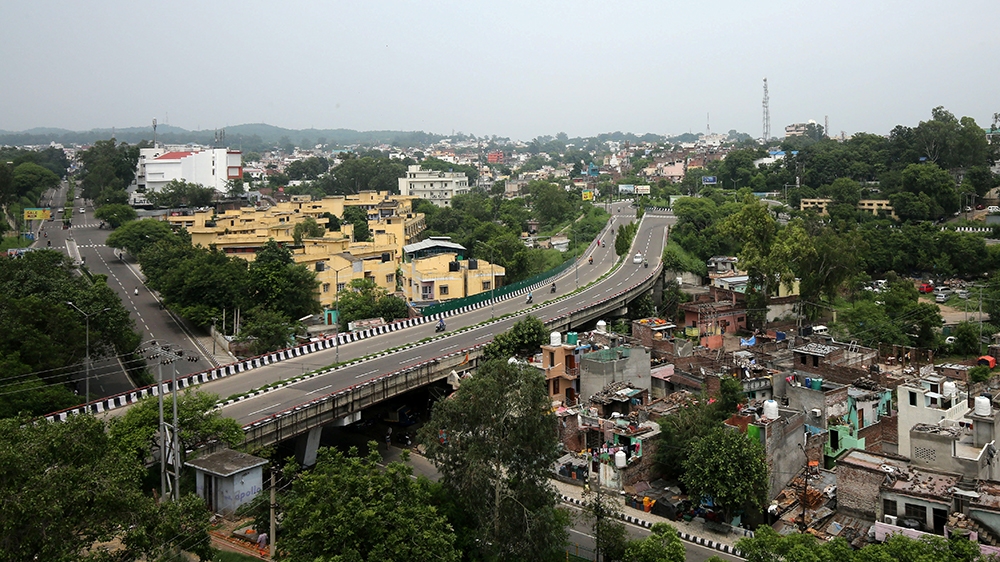 Most certificates issued in Jammu region

As many as 32,000 applications were filed in 10 districts of the Hindu majority Jammu region in the south. The highest number of 8,500 certificates has been issued in the Doda district, which has a delicate demographic balance, with Muslims comprising 53.81 percent and Hindus 45.76 percent.

In the Kashmir region, which is about 96.4 percent Muslim population, 435 certificates have been issued so far, out of the total 720 applications.

As of now, it is not clear how many outsiders, like Choudhary, have been issued domicile certificates. The 25,000 new citizens also include Hindu refugees, who had settled in the region at the time of partition of the sub-continent in 1947. They had migrated from territories, now part of Pakistan. But due to Kashmir’s residency laws and special status they were not granted local residency rights.

Parvez, the human rights activist, said the local government, which takes orders from New Delhi, has threatened to penalise officials Rs 50,000 ($660) if a domicile certificate is not issued within stipulated 14 days, adding that it would be difficult to verify the claims of applicants within such a short period.

“If you compare it with northeastern state of Assam, [where the ruling Bharatiya Janata party] BJP [government] wants every application to be scrutinised by officers,” Parvez told Al Jazeera, referring to the state where nearly two million people were left out of a 2019 citizenship list.

“The government has already warned those who oppose will have to go to the jail.” Parvez said people were not in support of the law but cannot oppose “under the pressure of gun and state violence”.

“It will only complicate conflict and make things ugly,” he said.

Kashmir is held by India and Pakistan in parts and claimed by both in full. A small sliver of Kashmir, called Aksai Chin, is also held by China.

Currently, India and China are engaged in a deadly border standoff since the beginning of May. On June 15, 20 Indian soldiers were killed in border fights, creating the worst tensions between Beijing and New Delhi in nearly 50 years.

Kashmiri rebel groups have been fighting for independence or unification with neighbouring Pakistan. They enjoy broad-based popularity in the Kashmir valley.

According to several human rights organisations, thousands of people have been killed since 1989, when India sent tens of thousands of troops to the region to quell the armed rebellion.