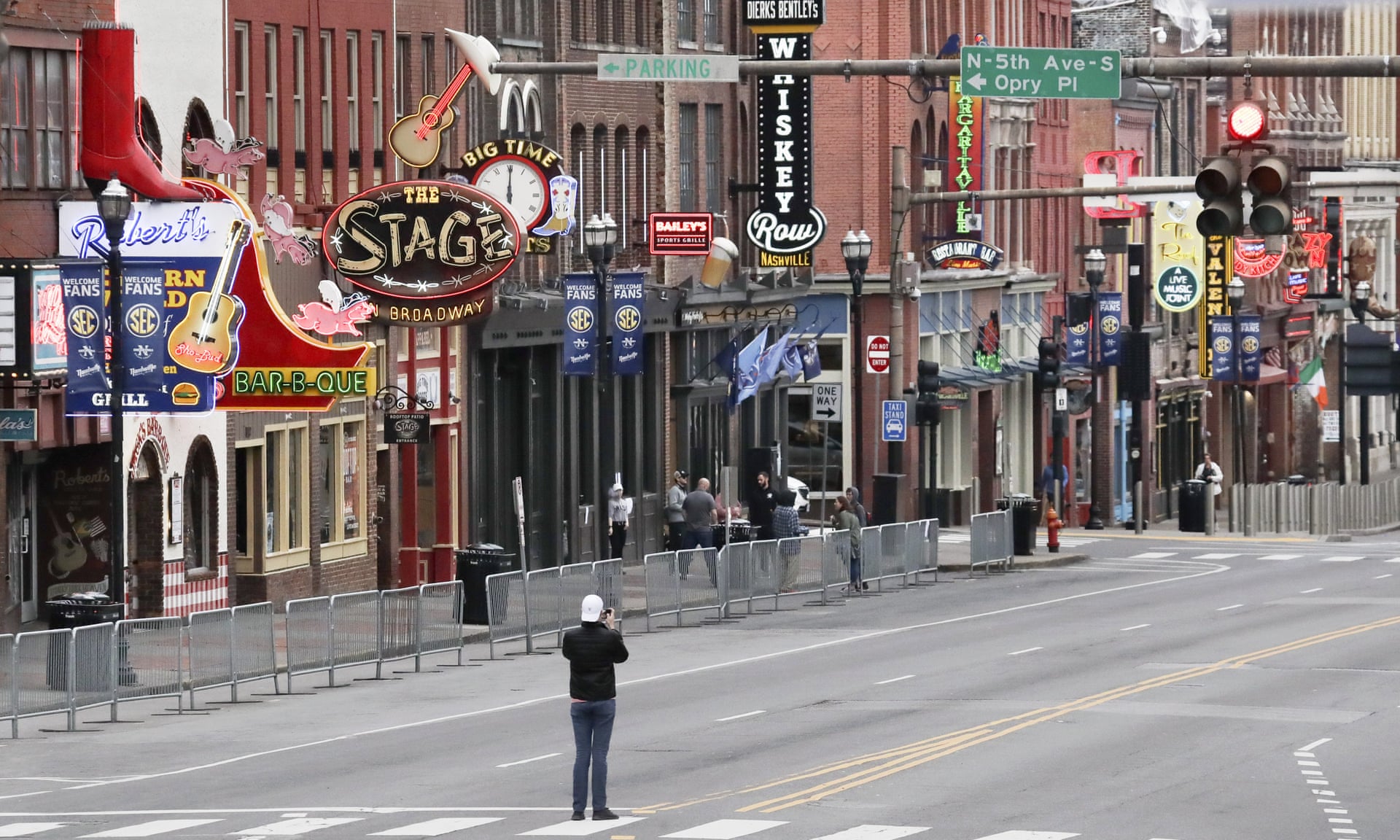 Downtown Nashville.  The Muslim Times has the best collection to refute Islamophobia and for counter terrorism

A Tennessee newspaper said on Sunday it was investigating what its editor called a “horrific” full-page advertisement from a religious group that predicts a terrorist attack in Nashville next month.

The paid advertisement that appeared in Sunday’s editions of the Tennessean from the group Future For America claims Donald Trump “is the final president of the USA” and features a photo of Trump and Pope Francis.

It begins by claiming that a nuclear device will be detonated in Nashville and that the attack will be carried out by unspecific interests of “Islam”.

The group also ran a full-page ad in Wednesday’s editions of the newspaper stating its intention to warn Nashville residents about next month’s event “so that they may be able to make a decision intelligently”.

In a story on its website Sunday afternoon, the Tennessean said the ad violated the newspaper’s long-established standards banning hate speech.

Bigotry mars return of Italy hostage who converted to Islam