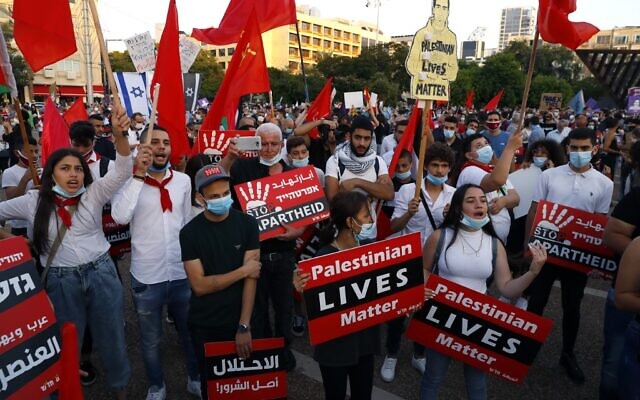 Protesters gather in Tel Aviv’s Rabin Square on June 6, 2020, to denounce Israel’s plan to annex parts of the occupied West Bank. – Israeli Prime Minister Benjamin Netanyahu has vowed to forge ahead with annexing settlements and the Jordan Valley, in line with the peace proposals unveiled in January by US President Donald Trump. The plan has been angrily rejected by the Palestinians, who say they were not consulted on proposals they see as capitulating to Israeli demands. (Photo by JACK GUEZ / AFP)

Police initially sought to block the rally but backtracked Friday after meeting with organizers, who urged participants to wear masks and adhere to social distancing guidelines.

Dozens of officers were securing the demonstration after police said attendance would be capped at 2,000, though the Haaretz daily put turnout at 6,000 people in what appeared to be the largest protest in the country since the start of the coronavirus pandemic.

The demonstration was organized by the left-wing Meretz party and the communist Hadash faction of the majority-Arab Joint List, along with several other left-wing rights groups.

MK Nitzan Horowitz, the head of Meretz, told the crowd that annexation would be a “war crime” and would cost Israel millions as the economy is already reeling due to the pandemic.

“We cannot replace an occupation of dozens of years with an apartheid that will last forever,” shouted a hoarse Horowitz. “Yes to two states for two peoples, no to violence and bloodshed,” he continued. “No to annexation, yes to peace.”

He called out Defense Minister Benny Gantz, Foreign Minister Gabi Ashkenazi and Economy Minister Amir Peretz, accusing them of “raising their hands and crawling to the other side.” 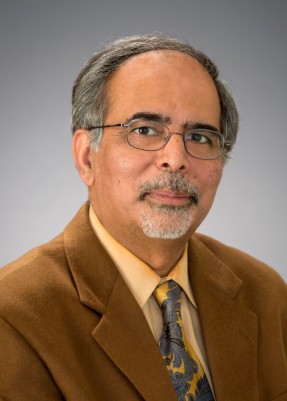