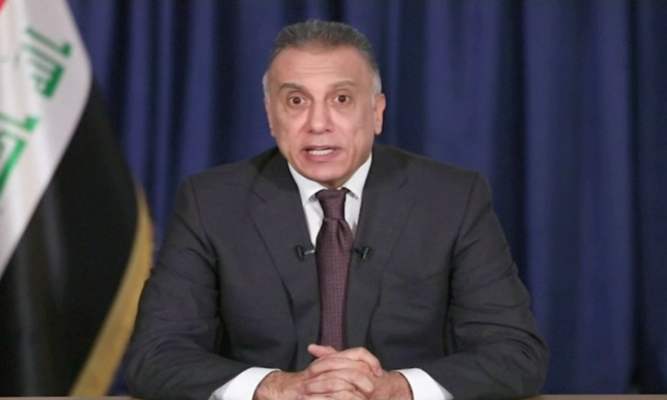 Iraq’s prime minister-designate Mustafa al-Kadhimi gives a TV speech after his nomination last month. Photograph: Reuters
In late February, six weeks after the Iranian general Qassem Suleimani was killed by a US drone, a candidate for Iraq’s vacant premiership was nervously preparing for an interview that would secure him the role.

Mustafa al-Kadhimi’s rise from intelligence chief to the seat of national power had been unorthodox, as was the journey he had just made – from Baghdad, where high-stakes appointments like his had mostly been made over the past decade.

This time, Kadhimi’s fate was to be decided in another capital, Beirut, where the leader of Lebanon’s Hezbollah was waiting to receive him. Hassan Nasrallah had traditionally focused on affairs closer to home but now found himself thrust to the vanguard of Iran’s interests in the region with a casting vote on who would best represent them.
Advertisement

Last week, Kadhimi secured a government, thanks partly to Nasrallah’s endorsement. Yet throughout the horse-trading that eventually secured his cabinet line-up, the gaping hole exposed by Suleimani’s death was evident. “The Iranians and Iraqis are adrift,” said a source with close ties to Iraqi and Hezbollah officials. “The vacuum is as huge as it was when Hajj Qassem was buried.”