Michael Eli Dokosi | Staff Writer
Full bio
Michael Eli Dokosi is a journalist and a formidable writer with a decade’s experience. He is a blogger, voice-over artist and MC. Dokosi is fluid with both spoken and written communication. He is for the African cause and reckons Africa shall regain its rightful place in world affairs soon. 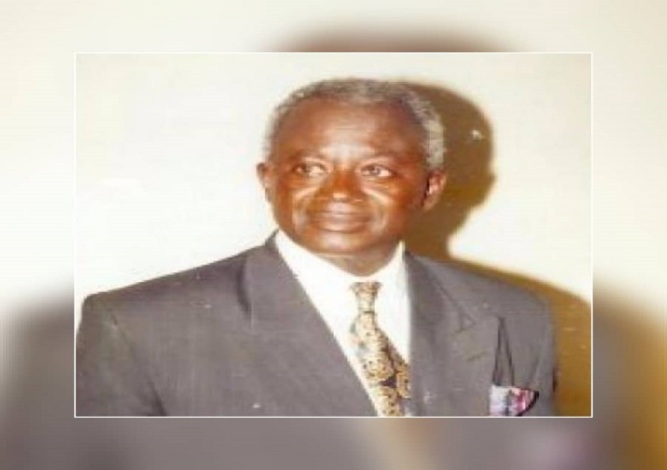 Ghanaian politician, Prof. Albert Adu Boahen, might have failed in his bid to wrestle power from then-leader Jerry John Rawlings in the 1992 Ghanaian presidential election while representing the main opposition New Patriotic Party.

But as an academic and historian who researched deeply and shed light on Africa and West Africa’s contribution to civilization, Boahen’s legacy is enduring.

Boahen was educated at Mfantsipim School and at the University of Ghana before being awarded his Ph.D. at the School of Oriental and African Studies, London as the first Ghanaian.

He returned to the University of Ghana to lecture in the Department of History and in 1987, he became Associate Professor and Head of the Department.

Boahen became a professor of history at the University of Ghana and taught at Columbia and Johns Hopkins universities, among others. His major contribution was to restore the history of Western Africa to the indigenous people having observed that white scholarly interests dominated the field.

“Boahen probed the documents of colonial explorations to uncover a forgotten heritage of engaged African states. His stories debunked theories of a savage “Dark Continent” and revealed new information on the civilizations of the Western Sudan,” writes The Hill.

His book, Topics in West African history, remains a compelling and valuable resource on the history of West Africa from the spread of Islam to the present day.

The book became necessary after Boahen was contacted by the Ghana Broadcasting Corporation to talk on the history of West Africa to the secondary schools and training colleges in 1963-64. Themes such as the role of black American settlements in Sierra Leone and Liberia were also treated.

“Earlier in 1959, Boahen set out to establish an Africa-centered history of the Western Sudan. His pioneer doctoral research at the University of London resulted in the book, “Britain, the Sahara, and the Western Sudan, 1788-1861.” He reconstructed neglected states such as the Fulani Empire of Sokoto and Gwandu in Hausaland (modern day Nigeria); the powerful state of Bornu near Lake Chad; and those of Wulli, Bondu, Bambara, and Futa Jalon near Senegal and Mali.

“He placed them in the dynamic network of trade between the Sudan and the Mediterranean world, rendering a lively portrait of the trans-Saharan economy: textiles, gold, salt, kola nuts and chemicals. He explored the role of camels, zebras and oxen as means of transportation, and sketched the participation of Arab, Berber and Turkish regimes in the slave trade,” a report by The Hill said.

In 1967, he co-authored the “History of West Africa” to consider themes such as the encroachment of European industrial capitalism on Western Sudan, and contributed to a 1971 work for general readers in the U.S., “The Horizon History of Africa.”

Boahen also worked on the UNESCO committee that published the eight-volume work – General History of Africa – a monumental study that began in 1964 and was published in 1979 with contributions from about 230 historians.

In 1987, he penned “African Perspectives on Colonialism” that examined the reaction of African states to the advance of European powers.

Boahen also submitted Africans were defeated in battles and eventually dominated not because of their lack of courage and valor but rather the introduction of the “Maxim gun.”
Introduced by the Europeans to fight their wars, the “Maxim gun” was a heavy machine gun with a rate of fire of about 600 rounds per minute. African militias with spears and rifles were no match.

Roger House, Ph.D., an associate professor of American studies at Emerson College in Boston, recently indicated that most of Boahen’s books are out of print and difficult to find coupled with used copies being sold exorbitantly by online sellers.

He believes that the Congressional Black Caucus (CBC) and the Library of Congress can explore ways to make reprints of his works available in affordable formats.

Boahen was a member of the Ghana Academy of Arts and Sciences and in 2003 a Festschrift named “Ghana in Africa and the World” was released, edited by Toyin Falola. The UNESCO also awarded him the Avicenna Silver Medal.