Indonesia is home to an estimated 700,000 mosques, and some of them are teeming with radical ideologies. 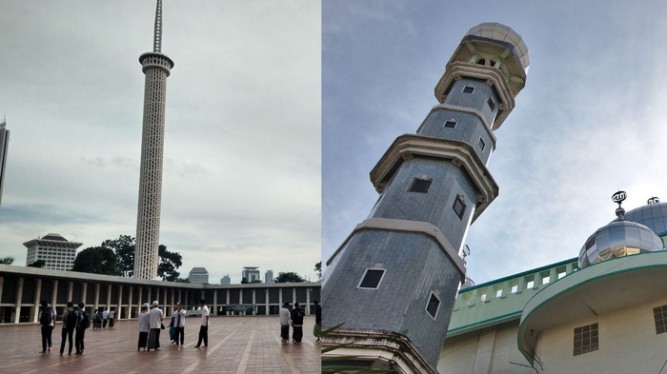 How many mosques are there in Indonesia? “Only God knows,” former Indonesian Vice President Jusuf Kalla once said. It’s likely that few have pondered just exactly how many mosques exist in the nation with the world’s largest Muslim population, but now the Indonesian government has deployed a task force to conduct the country’s first mosque census.
Advertisement

The team of so-called “mosque hunters” is led by the Ministry of Religion’s Fakhry Affan and now consists of roughly 1,000 people. Affan has been collecting data on the number of mosques in Indonesia since 2013. So far, he has accounted for roughly 75 percent of all mosques, which is recorded at 554,152. According to government estimates, Indonesia is home to roughly 700,000 mosques.

That’s quite an astounding number, but isn’t really that surprising considering Indonesia is home to over 209 million Muslims, or 87.17 percent of the total population of around 257 million. The number of Muslims in Indonesia is projected to increase to over 256 million by 2050.

Affan and his team use drones to map out mosques. They then combine this data with each mosque’s documents into a single digital database.
“We used to do this manually, but now we’ve gone fully digital,” Affan told AFP in an interview.

The government also plans to develop an Android app that catalogues the nation’s many mosques so that Indonesians can easily locate nearby mosques.
But the census also fulfills the more pressing goal of combating radicalism, which is often spread through sermons.

“Radical ideologies can develop anywhere, and mosques are one of the easiest places to spread such ideologies,” Affan said. “You don’t need to invite anyone to the mosque, people come on their own. We want to ensure that all imams and mosque staff are preaching moderate Islam.”
Affan admits that the task of identifying every single mosque in Indonesia will never end because they are constantly being built.

“You rarely ever hear of a mosque shutting down. The number will only continue to rise,” Affan said.

This, as religious minorities in Indonesia continue to struggle with building their places of worship.

During President Joko Widodo’s first term, levels of tolerance and freedom of religion plummeted. The SETARA Institute reported 846 cases of violation of religious freedom during this period.

During the same period, 32 churches and 5 Ahmadi mosques shut down (Ahmadis are a highly persecuted Muslim minority). And that doesn’t include instances of minority religions being denied permits to build places of worship. This usually occurs when locals and adherents of the majority religion resist the construction of temples and churches, or when permits are insufficient.

In May 2019, local Hindus were denied a permit to build a temple in a region that is home to over 7,000 Hindus, even after fulfilling all administrative requirements. The request to build the temple was shut down after locals began to protest.

If mosques seldom shut down in a nation with diverse beliefs, the same should be said for other religions’ places of worship.