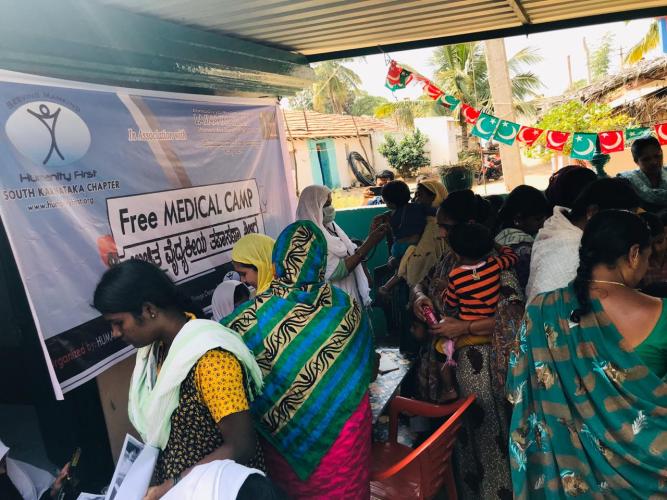 2 Doctors and a team of 14 Voulenteers all Ladies, started early Morning to Rayanhalli which is about 120 Kms from Shimoga. This event was held at Masjid Ahmadiyya premises at Rayanhalli. 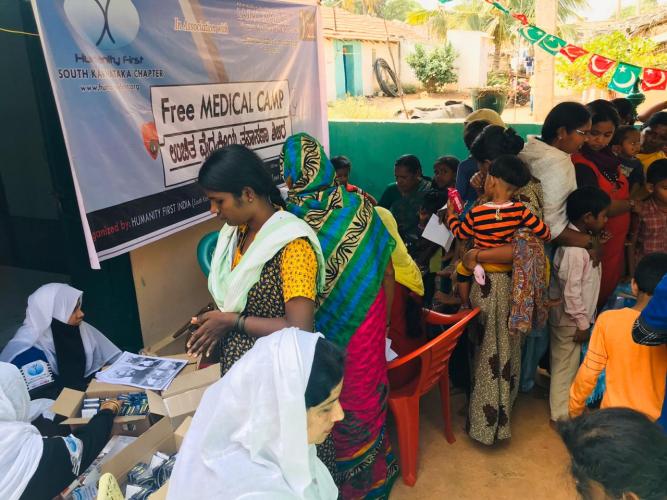 All villagers were informed beforehand about the camp. 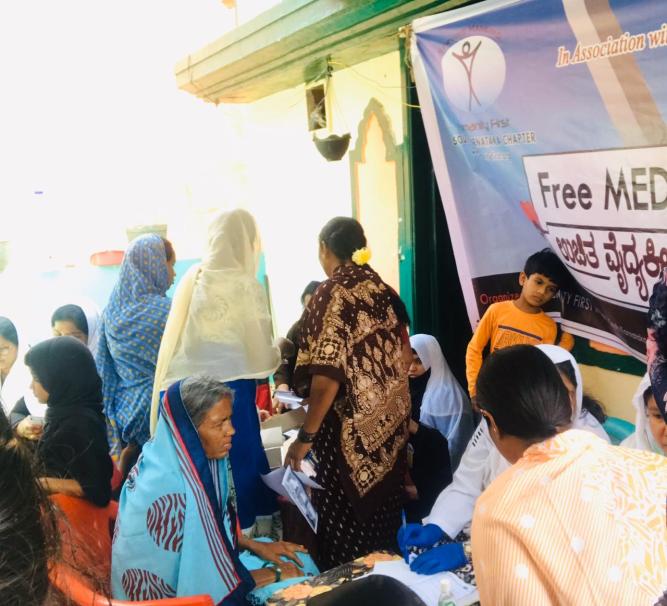 This Camp was Initiated with a short program under the leadership of Zilli Sadar Lajna Imaillah Shimoga. The program started with Tilawath Quraan-e-Kareem which was followed by Ahad (oath) of Lajna Imaillah and then a brief introduction to Humanity First and Ahmadiyya Muslim Jamaat was given.

Over 81 Patients (Ladies & Children) were given Dental and General Medicine Consultation by our Doctors. 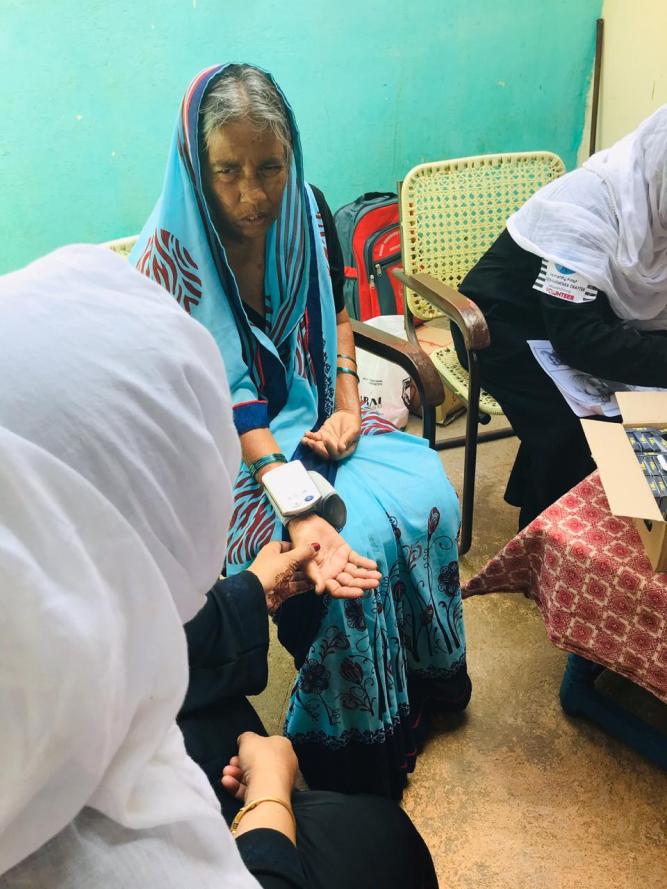 Patients were given free medicines, and a Kit of Snacks and a pen.

This event & attendees were appreciated for their Efforts. 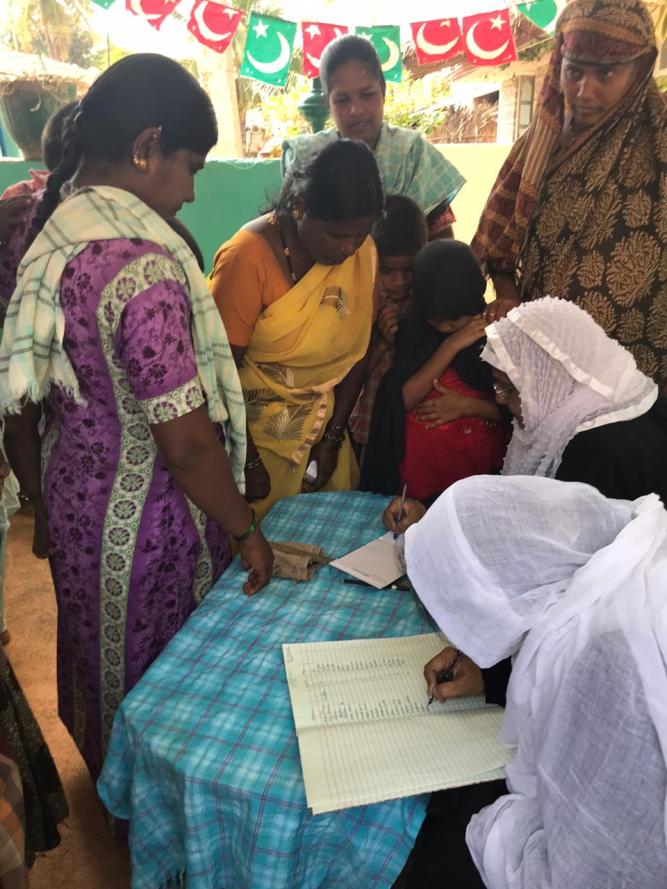 May Allah Almighty enable us to serve Humanity more, Aamin.