The Swiss foreign ministry says it continues to consider Israel’s settlements in the occupied territories as illegal and an obstacle to peace in the Middle East.

“[The settlements] are illegal under international law, in particular the Fourth Geneva Convention. They also constitute a major obstacle to peace and the implementation of a two-state solution,” the ministry said on Tuesday.

It adds that Switzerland regularly calls on the Israeli authorities to cease all settlement activity in accordance with their obligations as the occupying power.

“Switzerland is also committed to a negotiated two-state solution based on the 1967 borders. That is the only solution that can lead to a just and lasting peace between Israelis and Palestinians.”

The Swiss statement comes in the wake of an announcement by the United States that it no longer considers the Israeli settlements in the occupied West Bank as illegal.

Both the Geneva-based United Nations High Commissioner for Human Rights and the International Committee of the Red Cross (ICRC) on Tuesday reiterated that the Israeli settlements remain in breach of international law.

“The recent US declaration does not change the ICRC’s position on the matter,” an ICRC spokesman said.

The international community overwhelmingly considers the settlements illegal based in part on the Fourth Geneva Convention, which bars an occupying power from transferring parts of its own civilian population to occupied territory. 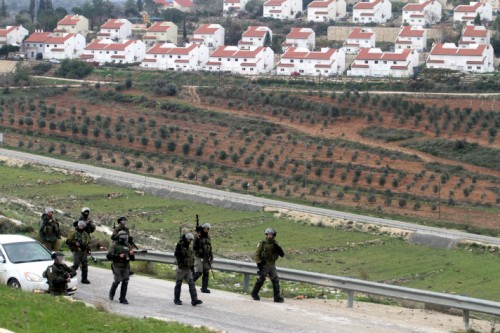