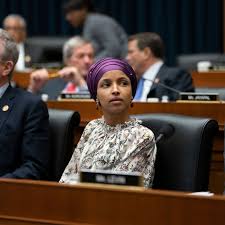 During a campaign event on Tuesday, presidential hopeful Beto O’Rourke came to the defense of Rep. Ilhan Omar (D-Minn.), who’s been receiving death threats as President Donald Trump attacks her in press conferences and on Twitter.

O’Rourke, speaking at the College of William & Mary in Williamsburg, Virginia, called Trump a “racist” who’s trying to incite Islamophobia in response to a question about the wholly misleading video the president shared on Twitter about Omar. The congresswoman says she’s been receiving threats ever since Trump tweeted the video, but the president continued the attacks on Tuesday, saying she’s “very very bad for our country.”

“He’s trying to incite hatred, Islamophobia and, I would argue, violence against her and other Muslims in this country,” O’Rourke said of Trump’s comments, according to Washington Post reporter Jenna Johnson.