The current political landscape in Malaysia 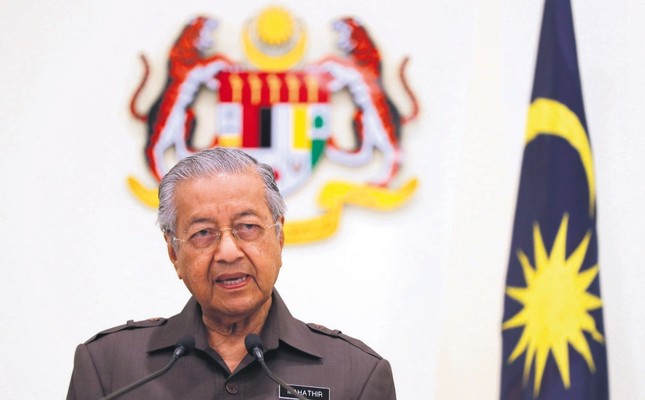 Initially serving from 1981 to 2003, Mahathir Mohamad is not only the longest serving prime minister in Malaysia’s political history, since taking the prime ministership again in the recent general elections, he is the oldest leader in the world. He was the former leader of the National Front (Barisan Nasional) before founding the Parti Pribumi Bersatu Malaysia (Malaysian United Indigenous Party) in 2016, which formed an official alliance with the Alliance of Hope (Pakatan Harapan) coalition in 2017. The previous prime minister, Najib Razak, took power in 2009 as leader of the United Malays National Organization (UMNO). The UMNO has been a key political party in the Barisan Nasional coalition that ruled Malaysia for over 60 years.

The 2018 Malaysian General Election was a political battle between Najib Razak and Mohammad Mahathir. There was a time when Mahathir not only regarded Najib Razak as a friend, he also supported Najib for the leadership of Malaysia.

However, this friendship turned into political rivalry between the two leaders following the 1Malaysia Development Berhad (1MDB) corruption scandal in 2015 that involved several politicians, businessmen and countries. Mahathir expressed his frustration by saying that supporting Najib was “the biggest mistake of my life.” Mahathir made repeated calls for Najib to resign from the position several times, even actively participating in events, such as the Bersih 4 Rally, and supported opposition candidates in by-elections against Najib and the Barisan Nasional.

Issues involving the scandal involving the 1MDB, the increasing cost of living and unstable oil prices were among the various conversations that dominated daily life in Malaysia.

The greatest issue that shadowed all others was the 1MDB sovereign fund scandal. According to various claims, billions of dollars were stolen from the sovereign fund, while approximately another $700 million dollars went into Najib’s personal bank account. Thus, the 1MDB scandal caused nationwide criticism by

Malaysians. In addition to the 1MDB scandal, the increasing cost of living was also an important factor for Malaysians to vote for the current ruling Pakatan Harapan coalition.

The Malaysian general elections are held every five years. The Dewan Rakyat (parliament) has 222 members with the largest party forming the federal government. The first past the post voting system is used to elect members from single member constituencies to the Dewan Rakyat. In the 2018 general election, the Pakatan Harapan coalition won enough seats to form the government.

By-elections are held in the event that a seat in the Dewan Rakyat is empty due to unforeseen circumstances such as death, disqualification and repeated absence.

The Barisan Nasional victory, a gleam of hope for the opposition coalition, in the Cameron Highlands, Semenyih and Rantau by-elections were seen as a warning by the people to the Pakatan Harapan coalition. According to Prime Minister Mahathir Mohamad, there would be three more by-elections in the near future; two of these by-elections have yet to be announced, while the third by-election was in Rantau, Negri Sembilan two days ago.

As a result, Pakatan Harapan has switched gears to fulfill its 2018 general election promises. In the meantime, Barisan Nasional is accelerating its self-renewal by electing new party leadership, under acting President Mohamad Hasan, following the resignation of Najib Razak.

On the other side, Mahathir wants a two-third majority in the Dewan Rakyat, which means capturing 148 parliamentary seats out of 222 to initiate promised changes to the constitution. Some of these promised changes include reducing the voting age from 21 to 18. To attain this goal, Pakatan Harapan is welcoming more non-Pakatan Harapan parliamentarians in the future to “increase our numbers to two thirds in the house. Only then, can we make amendments to the constitution.”

International issues affect Malaysia just as in other countries such as Turkey. Current issues that affect Malaysia include the trade war between the U.S. and China, the global economic slowdown and the restriction of palm oil by the European Union.

The palm oil industry, whose products can be used in many industries from biodiesel to cosmetics, is a key industry that brings in substantial income for Malaysia. However, Malaysia has been surprised by the one-sided move by the EU on gradual reduction of palm oil consumption over a couple of decades in European countries.

In response to the EU, the Malaysian government has sent letters to each EU country in regards to this discriminatory posture toward Malaysia. The Malaysian government responded by stating: “We think we will stop buying some European products. That is one thing that we can do.” There is consensus among the ruling party that they have to be aggressive about this “unfair discrimination against palm oil.” This action shows that Malaysia is ready to retaliate if the EU does not correct itself in this matter.

Since it is believed that the adverse environmental impact, such as deforestation and the displacement of wildlife, by the palm oil industry is one such factor in this discrimination against Malaysia, Wan Azizah said, “Malaysia still has more than 53 percent of forest areas.”

Malaysian political parties should be united against such unfair policies against the country, regardless of where it comes from.

Furthermore, it should be noted that the peaceful transition of power between Pakatan Harapan and Barisan Nasional occurred without any internal turmoil, something that has been welcomed positively by the world. It showed the world that both parties respect the will of Malaysians and that it would be a good example to other democratic countries around the world. Therefore, there are beneficial things to be learned from democracy and political life in Malaysia.

* Ph.D. candidate in international relations at the University of Malaya, Malaysia