The Tories are tough on Islamophobia? What a joke

Conservatives are doubtless congratulating themselves for acting swiftly and decisively, following the suspension of 14 party members for allegedly making Islamophobic comments online – including calls to “get rid of all mosques” and to “turf all Muslims out of public office”. Tories will similarly point to yesterday’s resignation from the party of a local council candidate in Harlow as evidence that they are getting a grip. Peter Lamb – who in 2015 tweeted: “Islam [is] like alcoholism. The first step to recovery is admit you have a problem” – was suspended over that, and yet as picked once again to contest the local elections in May. Now he is gone.

The Conservative top brass will hope that voters will see these moves as proof that the Tories have zero tolerance for racism in their ranks, drawing an implied contrast with Labour and its ongoing travails over antisemitism. And yet, the departure of these low-level activists serves only to draw attention to the Islamophobia exhibited by much more senior Tory figures, anti-Muslim prejudice that has gone entirely unpunished. 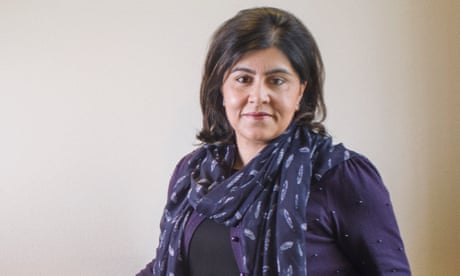 Consider the case of the former foreign secretary, Boris Johnson, who mocked Muslim women wearing a burqa as looking like “letterboxes” or “a bank robber” and saying that to wear one is “absolutely ridiculous”. The Conservative party insists that Johnson faced an internal inquiry of some kind, though the details are opaque. The party never published a report of its investigation, nor revealed what evidence had been presented or what criteria were applied. All we know is that Johnson was cleared.

Recall too the London mayoral campaign of Zac Goldsmith in 2016, which cast his opponent, Sadiq Khan, as a “closet extremist”, to quote the chair of the Muslim Conservative Forum. Goldsmith, along with the then party leader, David Cameron, repeatedly sought to link Khan to alleged Islamist radicals with whom Khan had shared a platform before he was an MP, back when he was making his name as a human rights lawyer. In a classic racist dog-whistle, Goldsmith penned a denunciation of Khan for the Mail on Sunday that was illustrated online by a photograph from the 7/7 bombings of 2005. Goldsmith faced some loud tutting from his Tory colleagues – most of it coming only after he had lost the London contest – but he remains an MP.