Chagos Islanders remind us that Britain is a shameful coloniser, not a colony

At a time when Britain needs goodwill and great branding, the world was reminded this week of our nation’s shame, courtesy of the families of 2,000 people dispossessed from their Indian Ocean home in the 1960s and 70s. It’s a shame that looms large in the history of the Chagos Islands, an archipelago whose tiny size is in perfect contrast to the scale of the wrongs its people have witnessed. They are wrongs stretching back centuries, since the British formally acquired the islands from France – as part of the bigger colony of Mauritius – and forced slaves from Mozambique and Madagascar to work on British-owned coconut plantations.

That original sin was compounded when, granting independence to Mauritius in the 1960s, Britain used a combination of bullying and blackmail to hive off the Chagos Islands so that they could remain colonised, leaving Britain free to do with the islands as it wanted. What Britain wanted, it turned out, was to forcibly remove the local population – sometimes referred to in official documents as “Man Fridays” – leaving the territory available for cold war-era US defence facilities. The papers documenting this sorry process were – along with those that report other state-sanctioned colonial crimes such as the murder and torture of Mau Mau insurgents in Kenya – sent to Britain and “disappeared” by the Foreign Office, to avoid scrutiny or accountability.

Now that these documents have come to light – many because of legal action brought by Mau Mau survivors – Britain has continued to oppose justice for the Chagossians. The UK’s lawyers, led by solicitor general Robert Buckland, did concede that Chagossians were treated “very badly” during their removal from their home. But the islanders speak better for themselves. Liseby Elysérecounted how Britain stopped the shipment of food and medicine from Mauritius on which they relied, until they had little choice but to board a ship for Mauritius, leaving almost everything behind. Elysé was pregnant at the time, and when she arrived four days later, she lost her baby. “Conditions in the hull of the ship were bad,” she told the international court of justice (ICJ). “We were like animals and slaves in that ship.”

But the Chagossians’ plight did not end there. Those who ended up in the UK more recently fell to the mercy of the “hostile environment” immigration policy in the same way as the Windrush generation. Some of the Chagossians’ descendants now have deportation to worry about in addition to their other woes. Worse still, this deportation would not be to their home islands, obviously, because Britain still prohibits that.

In the meantime, the Chagos island of Diego Garcia, which became a US military base, has become a well-known case. Britain let the Americans use itfor extraordinary rendition, as a hub for flights transporting terror suspects to be interrogated “off grid”, illegally tortured by the CIA, and then transferred to the now notorious detention facility at Guantánamo Bay. Between slavery, colonialism, ongoing human rights violations, the war in Iraq, the removal of documents and even the Windrush scandal, it’s hard to think of a single better example than the Chagos Islands of everything that is wrong with the legacy that the country we currently inhabit has created. Now the ICJ has said the UK must make amends. Remarkably, given that most of the former British empire was dismantled more than 50 years ago – including Mauritius, granted independence in 1968 – the world’s court has ruled Britain must finish what it started. The decolonisation of Mauritius will only be complete, the Hague-based judges said, when the Chagos Islands are returned to Mauritian rule. 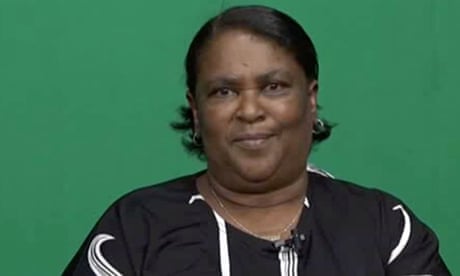 Britain the colonial power – as we were called during the unedifying process of attempting to defend this state of affairs in the world court – is not quite the image its leaders are trying to project just now. The irony of that was not lost on Philippe Sands – the British professor of international law representing Mauritius – who couldn’t resist quoting Boris Johnson. “No country wishes to be a colony,” Sands said in his closing remarks, before citing the former foreign secretary’s stance on Brexit. “The UK does not wish to be a colony, yet it stands before this court to defend a status as coloniser of others.”

All this was watched by no fewer than 31 nations, including key European players – such as France, the Netherlands and Germany – key Commonwealth partners and former colonies, including India and members of the African Union. Not one was willing to defend the UK’s substantive position except the United States, which has an obvious vested interest in the continued operation of the military base .

This decision, and what happens next, will be pored over by international lawyers for years to come. The Chagossians, who are now celebrating the unlikeliest of victories against the nation that changed the course of their lives, say they are going home. But for the rest of us, it’s a legal arrow that strikes at the heart of our delusions of grandeur. Britain is the nation that wants to be seen as an oppressed EU “colony”, while nostalgic for the status that came from dominating, oppressing and abusing others. Quite fitting then, that this week of all weeks, the empire should strike back.

• Afua Hirsch is a Guardian columnist