I spent the last three days in Baghdad participating in a round-table meeting organised by the Baghdad Policy Club, which convened to discuss: Iraq and its neighbours — challenges and opportunities for a new regional stability.
When I received the invitation a month ago, I was a bit concerned about how safe my visit would be. But the temptation to return to one of the world’s greatest cities after half a century of absence was strong enough to outweigh any security concerns.

I was last in Baghdad in October 1970. At the time, I had just completed a three-year tour of diplomatic duty in the Jordanian Embassy there. Although I never had the chance to revisit Iraq since, turbulent developments and wars during that entire period have kept the country in the limelight.

Apart from internal conflicts at home, Iraq was locked in an eight-year-long war with Iran, a war that exhausted the country’s potential and caused both sides massive destruction and death. Following that was the disastrous Iraqi invasion of Kuwait, which plunged the entire region into more wars, political uncertainty and fragmentation; the US-led war on Iraq to liberate Kuwait; the decade-long UN sanctions that caused the Iraqis immense suffering and hardship; the second US-led war on Iraq that toppled the regime and caused more regional and local chaos and finally the invasion of Daesh and the campaign of terror that ensued.

Watching this happen to Iraq, I was always curious to visit the country again and to directly witness the massive change.

During my three-year assignment in Baghdad from 1967 till 1970, I became very familiar with Baghdad and spent much time visiting its museums, some of which were looted during the wars, visiting the souqs, particularly the oldest book market in the region in Al Mutanabbi street in downtown Baghdad, the historic landmarks, the universities, some of which are the oldest in the world, the most beautiful and ornate mosques and more sites. During that period, I managed to travel around and visit the sites of the oldest and the richest civilisations ever.

I was stunned when I arrived late last week to see Baghdad as beautiful and as vibrant as it has always been. The city is much safer than one would have expected after so many years of turmoil and chaos. There are, indeed, security arrangements all over the city and, despite the spot checks, life in the city is hardly constrained.

I joined a tour of the city late last Friday night. We toured most of the main landmarks of the city and paused for photos here and there. We went to the famous and the ancient Mutanabbi Street, which is lined with hundreds of bookshops on both sides. Unfortunately the shops were all closed at that late hour, but we walked through from the beginning until the end, where a magnificent statue of the famous poet Al Mutanabbi stands on a high platform, overlooking the Tigris.

Following that, we drove to the Mansour Quarter, which was bustling with life just after midnight. We were told that shops and restaurants there stay open till the early hours of the morning. It was very crowded with families and shoppers, despite the very low temperatures. We could not see any sign of fear or apprehension on the side of the people. Neither did we notice any gloom. On Sunday, we went to Babylon to visit the famous remains of the greatest civilisation ever. The drive in the countryside to and fro was equally reassuring. The country is recovering rapidly; the people are determined and the security apparatus seems to be very efficient.

In Baghdad, we were hosted in the “Green Zone”, which is closed and where entry is extremely restricted. The Green Zone was created to house the government and some official institutions during the troubled times. The government, however, seems to be planning to slowly relax restrictions in the hope that in the future the zone will be open. We were happy not to notice any sign of war destruction. Some parts of the city are very neat and beautifully lit. Others remain loyal to their old and, indeed, charming character.

Baghdad remains the grand, historic and great city it has always been. Iraq seems to have surpassed the point of danger. The reconstruction of both the country and society is confidently surging. A strong, a stable and a prosperous Iraq is a great asset for the region. 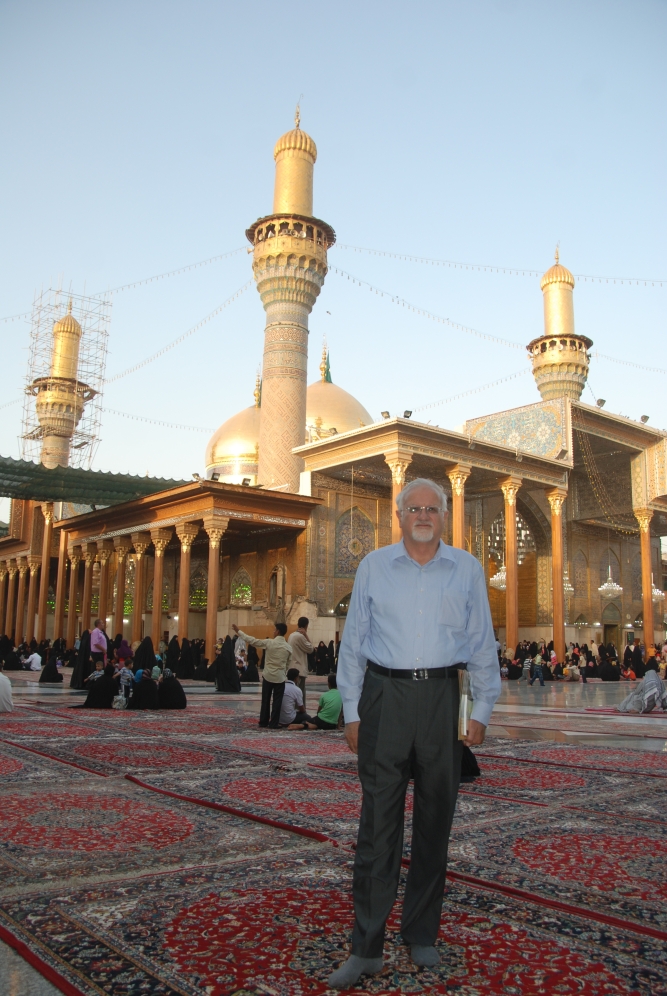