And whoso associates anything with Allah, falls, as it were, from a height, and the birds snatch him up, or the wind blows him away to a distant place. That is so. And whoso respects the sacred Signs of Allah — that indeed proceeds from the righteousness of hearts. (Al Quran 22:31-32) 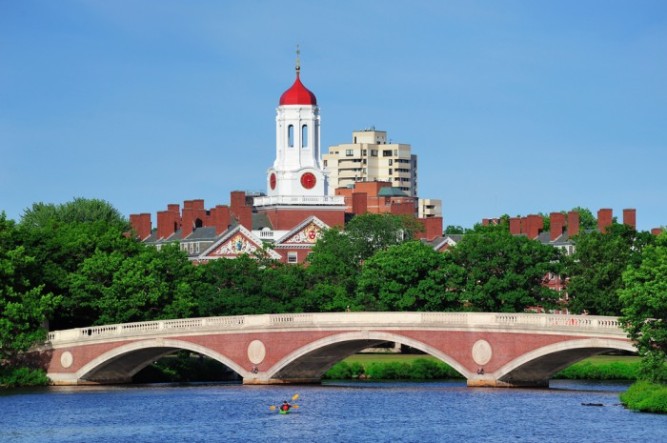 John W. Weeks Bridge and clock tower over Charles River in Harvard University campus in Boston with trees, boat and blue sky.  The Muslim Times has the best collection about human psychology and self help

Boston, MA – Participating in spiritual practices during childhood and adolescence may be a protective factor for a range of health and well-being outcomes in early adulthood, according to a new study from Harvard T.H. Chan School of Public Health. Researchers found that people who attended weekly religious services or practiced daily prayer or meditation in their youth reported greater life satisfaction and positivity in their 20s—and were less likely to subsequently have depressive symptoms, smoke, use illicit drugs, or have a sexually transmitted infection—than people raised with less regular spiritual habits.

“These findings are important for both our understanding of health and our understanding of parenting practices,” said first author Ying Chen, who recently completed her postdoctoral fellowship at Harvard Chan School. “Many children are raised religiously, and our study shows that this can powerfully affect their health behaviors, mental health, and overall happiness and well-being.”

The study was published online September 13, 2018 in the American Journal of Epidemiology.

For this study, Chen and senior author Tyler VanderWeele, John L. Loeb and Frances Lehman Loeb Professor of Epidemiology, analyzed health data from mothers in the Nurses’ Health Study II (NHSII) and their children in the Growing Up Today Study (GUTS). The sample included more than 5,000 youth who were followed for between 8–14 years. The researchers controlled for many variables such as maternal health, socioeconomic status, and history of substance abuse or depressive symptoms, to try to isolate the effect of religious upbringing.

The results showed that people who attended religious services at least weekly in childhood and adolescence were approximately 18% more likely to report higher happiness as young adults (ages 23–30) than those who never attended services. They were also 29% more likely to volunteer in their communities and 33% less likely to use illicit drugs.

“While decisions about religion are not shaped principally by health, for adolescents who already hold religious beliefs, encouraging service attendance and private practices may be meaningful avenues to protect against some of the dangers of adolescence, including depression, substance abuse, and risk taking. In addition, these practices may positively contribute to happiness, volunteering, a greater sense of mission and purpose, and to forgiveness,” said VanderWeele.

One limitation of the study is that it consisted mainly of children of white females of relatively high family socioeconomic status, and therefore might not be generalizable to a broader population, though prior research by VanderWeele suggested the effects of religious service attendance for adults may be even larger for black versus white populations. Another limitation was that the study did not look at the influences of parents and peers on adolescents’ religious decisions.

While previous studies of adult populations have found religious service attendance to have a greater association with better health and well-being than prayer or meditation, the current study of adolescents found communal and private spiritual practices to be of roughly similar benefit.

Chen is now a research scientist with the Harvard Institute for Quantitative Social Science’s Human Flourishing Program, which VanderWeele directs.

All Knowing, All Seeing God Keeps Us Away from Crime and Sin: See the Evidence

The science is in: God is the answer