Jordan and the international community should embrace having to deal with over 50 per cent of Syrian refugees in Jordan who will not go back. A recent survey conducted by NAMA Strategic Intelligence Solutions in November covering 1,306 Jordanians and 600 Syrian refugees, in partnership with the Konrad Adenauer Stiftung, found that 33 per cent of Syrian refugees said that they “will never go back” and 24 per cent said they “probably will not go back”. The survey, which will be released next week, sheds light on attitudes towards the Syrian crisis, refugees, the role of regional and international players, peace, stability, prospects and the role of the international community, in addition to the impact of the Syrian refugees on Jordan, whether positive or negative.

Peace and stability in Syria are of strategic interest to Jordan and other countries hosting refugees in western Europe and North America. The influx of refugees to Europe expanded the electoral base of the far-right in all established democracies, including the most refugee-tolerant societies, such as Sweden. What is taking place in Jordan, with regards to the refugee question, has implication for European countries, as well as for the Palestinian refugees, who have been stationed in Jordan for decades and generations.

Although the majority of Syrians and Jordanians, 66 per cent and 87 per cent respectively, believe that the Syrian refugees should return to Syria, instability constitutes a major obstacle to their return. This is evident in the percentage of Syrian refugees expressing their determination to going back, which is only 14 per cent, and those who said that they “will probably go back” 29 per cent. Moreover, there is a very strong perception that the Syrian conflict is not settled yet, and for Syrian refugees to return and act upon the attitudes they display, a sense of “end of conflict” should be felt by refugees, as well are their host communities. Such a sense remains distant, as three quarters of Jordanians and 86 per cent of Syrians say the Syrian conflict is not settled yet.

There is some thinking amongst European and other countries to link stabilisation and reconstruction of Syria to a political process in Syria. This link, although it makes perfect theoretical sense, has very little practical implications that may encourage more Syrian refugees to go back.

There are many push-and-pull factors for refugees to stay in host countries or go back home. Although Jordan has a very positive standing among refugees, they recognise to some extent that their presence has a negative impact on some aspects of life in Jordan. While 19 per cent of Syrian refugees believe that their presence in Jordan has a negative effect on their lives, two thirds of Jordanians reported a similar position.

This body of evidence suggests that the priority should be given to the security, stability and reconstruction of Syria to build stronger pull factors to encourage refugees to go back from Jordan, Lebanon, Turkey and Europe, to reduce the radicalisation and polarisation of European politics towards the far-right and to reduce tensions in resource-poor neighbouring countries to Syria.

The writer is chairman of NAMA Strategic Intelligence Solutions. fares@namasis.com 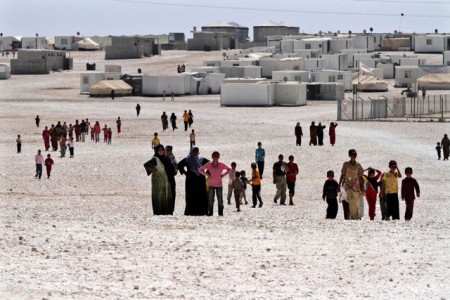