Suicide bomber kills over 50 at religious event in Kabul

KABUL (Reuters) – A suicide bomber blew himself up in a banqueting hall where Islamic religious scholars had gathered in the Afghan capital Kabul on Tuesday, killing more than 50 people, three government officials said.

Najib Danish, a spokesman for the Interior Ministry, said more than 80 other people had been injured.

“A suicide bomber detonated his explosives inside a wedding hall where Islamic religious scholars had gathered to commemorate the anniversary of the Prophet Mohammad’s birth,” Danish said.

The banquet room is in the Uranus wedding hall, a complex housing several large reception rooms near Kabul airport.

“Hundreds of Islamic scholars and their followers had gathered to recite verses from the holy Quran to observe the Eid Milad-un-Nabi festival at the private banquet hall,” said a spokesman for Kabul police. 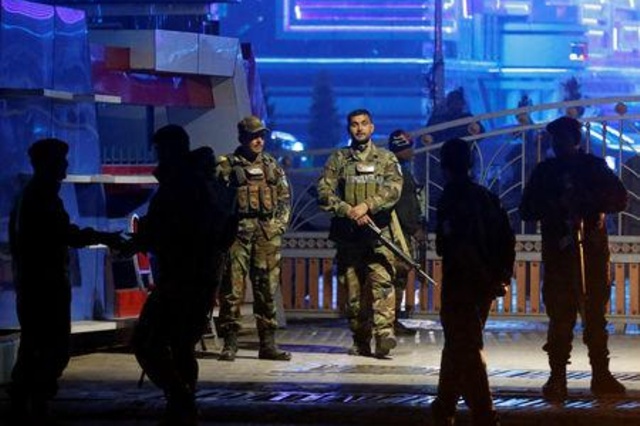