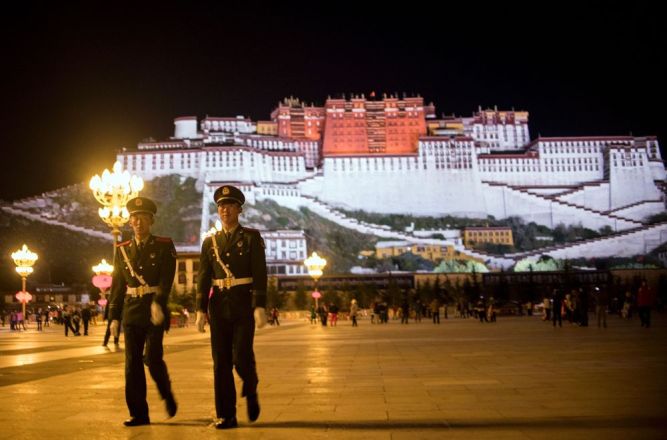 For three centuries, a succession of Tibetan spiritual and political leaders known as Dalai Lama ruled from a crimson-and-white castle overlooking the city of Lhasa.

The Potala Palace — as it’s known — was the start of a rare tour of Tibet last month. The Chinese foreign ministry and local government hosted international journalists on a trip to the mountainous region, and I was one of them.

While the Potala Palace still dominates Lhasa’s skyline, the current Dalai Lama hasn’t lived there since 1959, when the twenty-something fled to India as the People’s Liberation Army quashed a revolt against Chinese rule. In the six decades since, the question of his return has been a persistent source of tension between China and the West.

The Chinese government says the Dalai Lama can return only if he gives up any pretensions for an independent Tibet. The Dalai Lama and his supporters say they don’t seek independence but instead greater autonomy within China’s system, including an elected legislature and independent judicial system. Beijing rejects that claim as insincere.