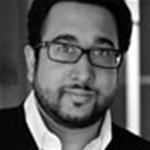 Lahore, Pakistan – The narrow streets of Lahore’s Mazang neighbourhood echo with the sounds of dozens of young men, as someone showers them with rose petals.

They wind their way through this congested, working-class quarter in Pakistan’s second city, some on foot, others mounted on motorcycles.

Waving brightly coloured green flags, they continue, in tune with an election song: “Hang them, hang them!”.

Meet the Tehreek-e-Labbaik Pakistan (TLP), Pakistan’s newest hardline religious party, which calls for blasphemers to be put to death and celebrates those who have murdered the alleged perpetrators.

A year ago, this kind of a political rally, in the heart of the political base of Pakistan’s ruling party, would have been unthinkable.

The PML-N has governed the country for the last five years and its most populous province, Punjab, for a decade.

But as Pakistan gears up for a general election in late July, the political environment is far from predictable.

With the PML-N’s leadership facing a slew of corruption cases and what it terms “political engineering”, and as media censorship by the country’s military increases, new entrants have emerged onto the political scene.

Formed last year, the TLP has performed credibly in by-elections, first springing to prominence when it challenged the PML-N in this Lahore neighbourhood, securing more than 7,000 votes and finishing third in a poll where its candidate was a virtual unknown.

That vote was for the parliamentary seat vacated by PML-N chief Nawaz Sharif, who was dismissed as prime minister by the Supreme Court over corruption allegations. A final verdict in the corruption cases against him is expected on Friday.

Now, the TLP is set to put up more than 550 candidates for national and provincial assembly seats across the country, and is confident it can mobilise a religiously-motivated vote on the basis of its anti-blasphemy and anti-corruption agenda.

When it involves the honour of the Prophet Muhammad, the finality of his Prophethood or the dishonouring of his person, then every Muslim will become an extremist.

Blasphemy is a central issue for the party, whose leaders follow the Barelvi sect, a South Asian branch of Sunni Islam that places emphasis on the personage of Islam’s Prophet Muhammad.

“When it involves the honour of the Prophet Muhammad, the finality of his prophethood or the dishonouring of his person, then every Muslim will become an extremist,” says Ejaz Ashrafi, a senior TLP leader, in an interview with Al Jazeera.

“This is not a big thing,” he continues, smiling broadly.

Blasphemy is a sensitive issue in Pakistan, where at least 74 people have been killed in attacks motivated by blasphemy accusations since 1990, according to an Al Jazeera tally.

The TLP’s election posters often carry images of those who have killed in the name of the prophet’s honour.

Most prominent among them are emblazoned with photos of Mumtaz Qadri, a policeman who killed a provincial governor in 2011 over blasphemy accusations, and whose act prompted the founding of this movement.

In April, Pakistan’s interior minister was shot and wounded by a man claiming to be a TLP member. The party has since disavowed him.

Led by firebrand far-right scholar Khadim Hussain Rizvi, the TLP mobilised thousands to block a major highway into the capital, Islamabad, for three weeks in November over a minor change to an electoral oath that Rizvi claimed amounted to “blasphemy”.

The group eventually forced the resignation of a federal minister and signed a deal with the government that granted amnesty to its activists for violence during the protests.

“The [Islamabad] sit-in protest played a huge role in making our movement national,” says 38-year-old Muhammad Ajmal, a TLP supporter, who switched after voting for the PML-N for years.

Rizvi’s leadership is central to the popularity of the group.

Rizvi has directly incited violence against us for years.

Saleemuddin, spokesperson for the Ahmadi community

On Wednesday, he held a press conference in Karachi where he railed against those who have drawn Prophet Muhammad, which many consider a sin in Islam.

“If they give me the atom bomb, I’ll immediately bomb Holland, before they are able to hold any caricature competitions on the prophet,” he told reporters.

Since the November sit-in, Rizvi has held a series of political rallies and religious gatherings across the country, attracting thousands.

“He is an honest and brave man, who understands the people,” says Raza Qunain, a TLP candidate for a provincial assembly seat from Lahore. Supporters seated around him nod approvingly, as he speaks of Rizvi’s efforts against “blasphemy”.

The TLP leader has campaigned for years against the alleged dishonouring of Islam’s prophet and, specifically, against members of the Ahmadiyya sect, whose followers believe their founder Mirza Ghulam Ahmad was a “subordinate prophet”. That belief violates what many in Islam consider a central tenet of faith: that Muhammad was Allah’s final messenger.

“[Rizvi] has directly incited violence against us for years,” says Saleemuddin a spokesperson for the Ahmadi community.

Since the sit-in protest, he says, violence and threats against Ahmadiyya citizens have risen, with TLP supporters said to be involved in at least three separate attacks.

Last month, a TLP rally was addressed via telephone by Tanveer Qadri, a man jailed in the UK for murdering an Ahmadiyya man for alleged blasphemy two years ago.

Central to the justification for violence is an understanding that if the Prophet Muhammad is dishonoured, a Muslim cannot control their emotions, according to interviews with TLP supporters and leaders.

“For the Barelvi sect, the Prophet Muhammad is an active agent in the world,” says Arsalan Khan, an academic who studies Islamic revivalist movements. “And there is this idea that if you blaspheme you are, in fact, not just destroying your own personal selves, you are actually destroying the possibility of the active participation of the Prophet Muhammad in the world.”

Religious parties have, historically, fared poorly in Pakistan’s elections, never winning more than 15 percent of the popular vote, and only once winning enough seats to form a provincial government.

Analysts expect the TLP’s election campaigning will be vibrant, but its role may be reduced to that of a “spoiler”.

“I think a national assembly seat would be next to impossible,” says Umair Javed, a political analyst and academic in Punjab, the TLP’s base. “I doubt that in a three-way or two-way fight they’d be able to act as anything other than a spoiler.”

They are a religious party, but in our country religion and politics don’t really mix.

The TLP’s rise, he says, must be viewed through the contextual lens of Rizvi’s decade-long campaign on the blasphemy issue.

“This emergence is not a sudden rupture, there is a history of organisation and institution building in recent years,” he says.

Back at the rally in Lahore, shopkeepers come out onto the street, curious to see what all the fuss is about, as a voice blaring through two large speakers mounted on a van calls them to join the march.

“They are a religious party, but in our country religion and politics don’t really mix,” says Nadeem Akram, 40, a textile seller, as he measures out some fabric for a customer.

His father, Muhammad Akram, 72, seated on a perch above the shop floor, interjects.

“It takes years to make a party stand up. They are new, but they will try.”